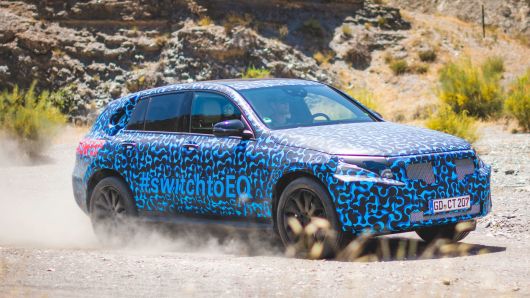 German carmaker Mercedes-Benz will unveil an all-electric vehicle (EV) at a launch event in Stockholm, Sweden, on Tuesday.

The EQC is a battery electric vehicle and the first model from Daimler-owned Mercedes’ new product and technology brand, EQ. It will be released on the market in 2019.

The vehicle has undergone winter testing followed by summer trials in the heat of Spain. The car’s unveiling is scheduled for 6:30 p.m. local time (12:30 p.m. ET).

Mercedes’ launch of the EQC is the latest attempt by more established, traditional carmakers to challenge the dominance of Elon Musk’s Tesla.

On Monday, Audi began mass production of its e-tron, the brand’s first totally electric sport utility vehicle (SUV). That car will be officially unveiled in San Francisco on September 17.

A number of major businesses have invested in the EV sector recently. Earlier this summer, oil giant BP entered into an agreement to purchase EV charging business Chargemaster. And, in early August, global energy and services business Centrica made a “multi-million pound” investment in Israeli start-up Driivz, which specializes in end-to-end software solutions for electric EV charging.