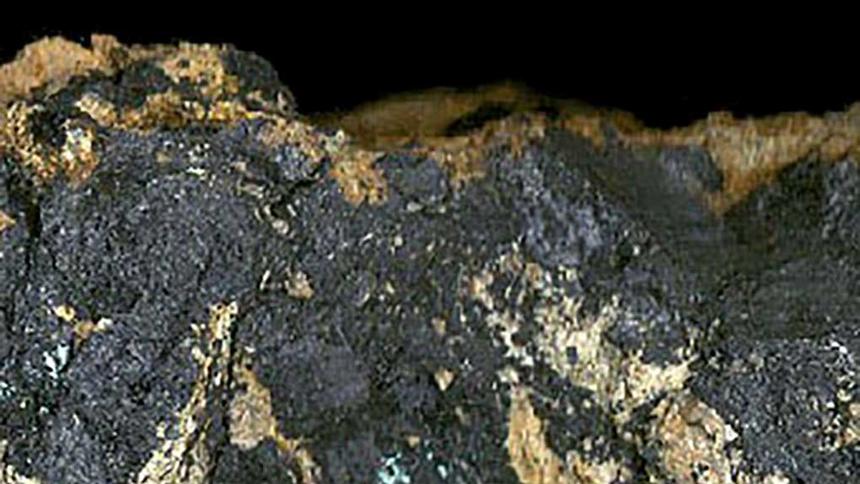 One of the richest veins of manganese in North America is in the city of Emily’s backyard.

For more than a decade Cooperative Mineral Resources, an offshoot of Crow Wing Power, has been sitting on billions of pounds of the mineral buried on the edge of the northern Minnesota town.

A mine there could provide the first domestic manganese supply for electric car batteries and other consumer electronics — a swiftly growing market — but as for now the price of the mineral is still too low to cover the cost of getting it out of the ground.

“We’ve been sort of slowly sitting, waiting, studying for the right investor and time,” said Char Kinzer, a spokesperson for Cooperative Mineral Resources. “We’re on the verge of an explosive need for North American supply.”

Until the manganese market equivalent of a Big Bang occurs, though, this crucial yet underutilized mineral will remain in the ground.

In the meantime, other companies are eyeing manganese deposits elsewhere on the continent. The company Manganese X is looking to produce battery-grade manganese from a mine on the Maine/New Brunswick border; American Manganese Inc. is holding out on to plans to mine in Arizona. Those deposits are in the same boat as the motherlode in Minnesota.

“It comes down to one thing — can you produce an end product that is cost-effective?” said Manganese X President Martin Kepman. “That’s what you need.”

In the 1940s, geologists were furiously trying to find the missing link of iron ore they thought might connect Minnesota’s Mesabi and Cuyuna iron ranges.

They never found the iron connection. But when they were flying over this little Crow Wing County town with magnetic instruments, something curious showed up.

When they started digging holes, prospectors found manganese, and lots of it. Further exploration has confirmed what is the largest manganese deposit in the U.S. — at least 2 billion pounds and maybe as many as 10 billion or more.

That’s a big deal because manganese is an essential ingredient in many everyday products, including steel, aluminum, glass, paint and gasoline.

It’s becoming an even hotter commodity because manganese is a key ingredient in lithium batteries — the kind of batteries Tesla and other companies say will revolutionize energy storage and use.

Right now, the U.S. imports all of its manganese — 100 percent comes from places like South Africa, Australia, Brazil and China.

Efforts have been underway in Emily for a half-century to develop the manganese deposit. The vein itself has been known since at least 1910. But, so far, all attempts at establishing a mining operation have fallen flat.

Kinzer explained since the coop isn’t a mining company, they need to find one.

The ideal mining company will either have both the technical expertise and money for the project, or partner with an investor.

For decades, Steve Carlton’s family owned the land, but in 2008 he sold it to Crow Wing Power, a small rural electric provider with 37,000 customer-members.

After buying the property, the company first planned on extracting the manganese with high-pressure water jets, but a demonstration project didn’t work. Now, the company is looking at underground mining rather than an open pit.

A promising development came in 2014, when the junior Canadian mining company Star Minerals Group — now known as Navis Resources Corp. — entered into an agreement to develop “a mine to market, manganese-based battery technology.” But since then, there has been no movement to follow through on those plans, and Navis officials did not return requests for comment.

“We were investing in a potential battery company that wasn’t ready,” Kinzer said.

Kinzer said that the company now has “a few years left of some due diligence that we’re waiting for investors to move on” so they can get to a complaint-based feasibility study, define the mining technique and start on a environmental impact statement.

As for manganese demand, it’s only likely to increase.

“It’s all dependant on that,” Kinzer said.

And if demand increases, so does the price of manganese.

Though manganese is an essential part of steel production, it has historically been taken for granted if not downright underappreciated. Top-shelf analyst firms reached by the News Tribune had no research to share on the mineral; the industry news website Mining.com published a report last year titled “Manganese — the third electric vehicle metal no one is talking about.”

“It appears that manganese has been outshined by its two fellow EV metal counterparts,” cobalt and lithium, reads the report from Palisade Research. “We believe this situation will change quickly, as demand for manganese is set to outpace supply, especially for higher-grade materials found only in specific corners of the globe.”

The low cost and relative global abundance of the mineral has not caused a gold rush to the available supplies in North America, but this kind of outlook is why folks like Larry Reaugh are in the manganese business.

“Certainly, if somebody can bring into production some kind of manganese source, there would be a ready market,” said Reaugh, CEO of American Manganese Inc.

Whether it’s electric car batteries or solar energy-storing megabatteries — or a growth in steel production — American companies will continue to need manganese.

Reaugh says his own mine project in Arizona remains on the shelf due to pricing, but that doesn’t mean it will sit there forever.

“It’s all about the price of the commodity. That’s how mining is. But it is going in the right direction.”