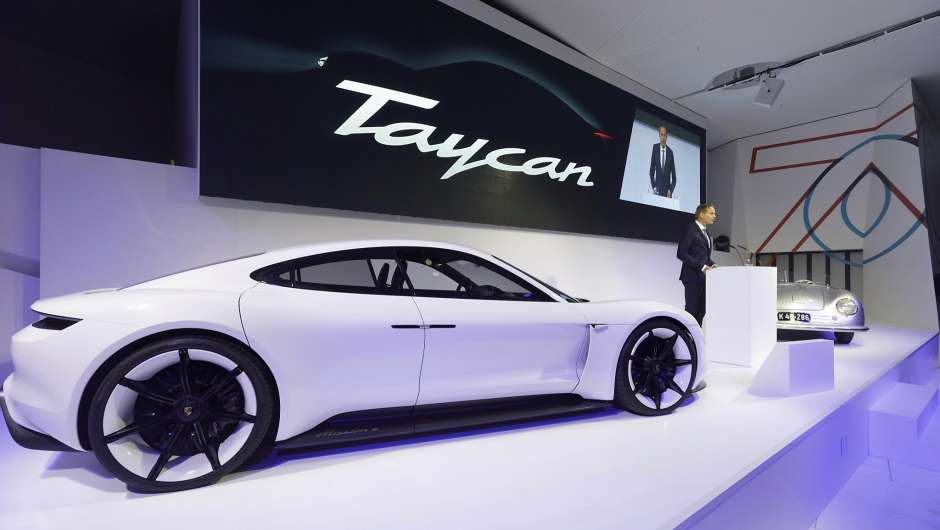 While Tesla grapples with internal issues like production delays, a sometimes-erratic CEO and a recent about-face on whether to go private, its rivals are moving aggressively into the luxury electric vehicle space.

This month, German competitors Mercedes-Benz and Audi, the luxury arm of Volkswagen, are both showing off production-ready electric sport utility vehicles aimed at Tesla’s Model X.

Meanwhile, Jaguar Land Rover is offering the I-Pace electric SUV, while Porsche plans to take on Tesla’s Model S high-performance luxury car with the Taycan, expected to reach the market in late 2019.

The established carmakers have plenty of motives. They need zero-emission vehicles to meet tougher greenhouse gas limits coming into effect in Europe in 2021. Diesel is in the doghouse. And China, a major market, is pushing hard for more electrics.

But the new models will also help them win back some of the luxury customers drawn away by Tesla’s electric vehicles at a time when the company is consumed by distractions. Its CEO, Elon Musk, took to Twitter on Aug. 7 to abruptly announce he had secured funding to take his company private, only to turn around 17 days later to say that Tesla would remain public. The carmaker is also facing financial pressure, with a $230 million debt payment due in November, on top of the $920 million that must be paid off three months later. And it has only recently hit production targets for its Model 3 mass-market vehicle.

In the meantime, its rivals — who had emphasized diesel and hybrids — are finally ready to release the first of what they say will be a slew of all-electric models. Their latest offerings are the vanguard of more to come, said Ferdinand Dudenhoeffer, director of the Center for Automotive Research at the University of Duisburg-Essen.

“By 2020, Tesla must stabilize itself or be overtaken,” he said.

The new entrants challenge what has been one of Tesla’s key selling points: range. The EQC sport utility crossover from Mercedes, for instance, should go up to 300 miles on a single charge. That’s comparable to Tesla’s SUV, the Model X, which has a range of up to 295 miles. The EQC, to be unveiled outside of Stockholm on Tuesday, is the first in the Mercedes EQ line that bundles the company’s efforts in electric, connected and autonomous driving. Company representatives didn’t provide a price ahead of the unveiling.

Volkswagen’s Audi will show off its e-tron in San Francisco on Sept. 17. It will go more than 248 miles on a single charge. The company says the e-tron should be able to use high-speed chargers — if they’re available — to charge in less than 30 minutes. The German price will be around $93,000 and it should go on sale near the end of the year in Europe, and next year in the United States.

The Porsche Taycan will also pose a stiff challenge to Tesla’s Model S in terms of range: Porsche claims it can load enough power for 248 miles in just 15 or 20 minutes. The company hasn’t announced a price. The I-Pace, whose price starts at $69,500 before local and federal incentives, offers 292 miles under the tougher European Union standard. The Model S, meanwhile, has a range of up to 335 miles.