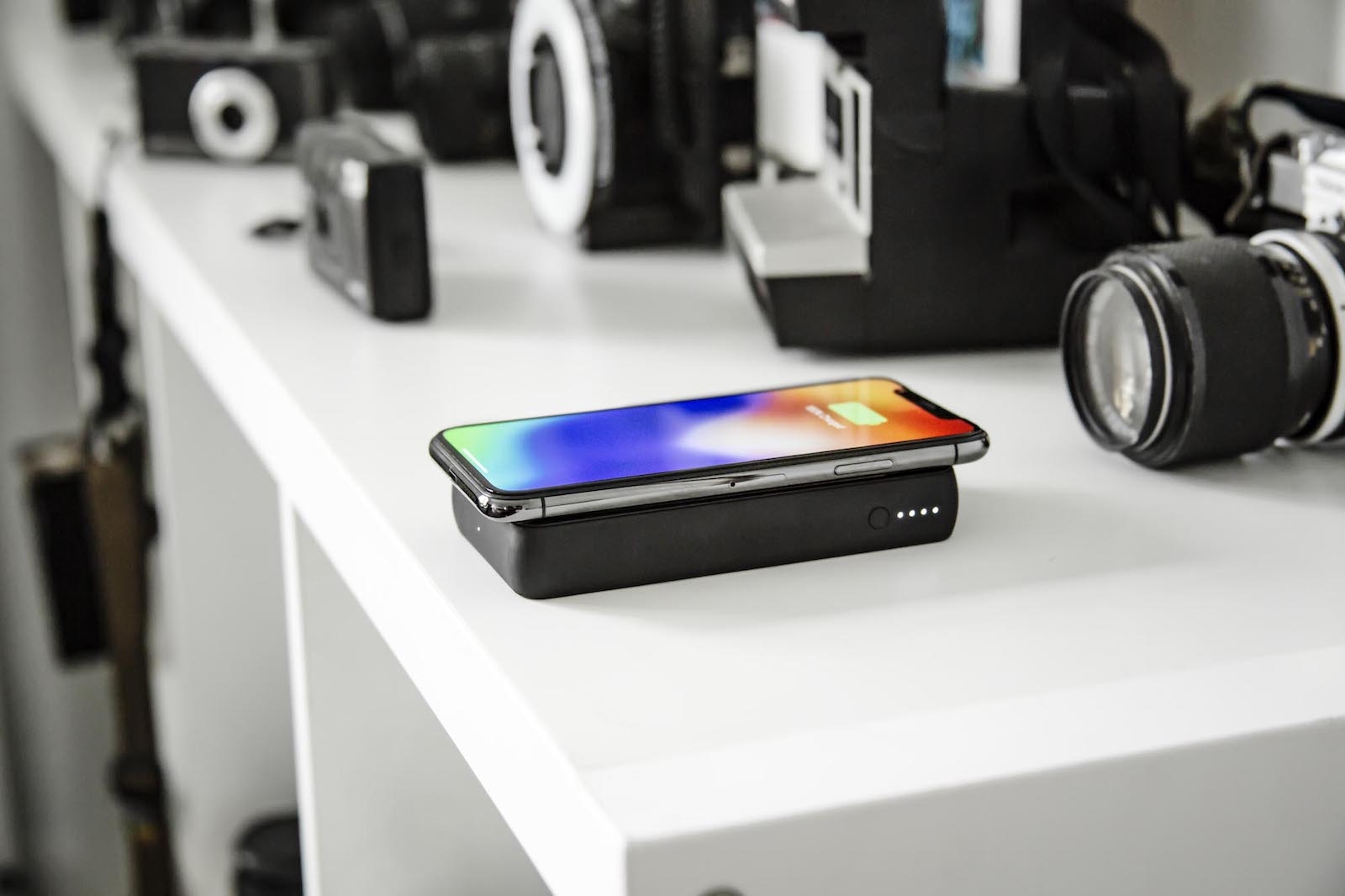 The Charge Stream Vent Mount is, as the product name implies, designed to mount on the air vent of your vehicle. It includes two vent mounting options as well as a dash cup for mounting on a dashboard or console. It supports both Apple and Samsung fast charging and can fit virtually any Qi-enabled smartphone, with easy, one-handed removal. It can hold your phone in both portrait and landscape. It is available now at Mophie’s website for $69.95.

The Charge Stream Desk Stand has similar features to the Vent Mount, though it’s designed to sit on your desk. It holds your phone at an angle for easy viewing (and Face ID unlock), though the wireless pad can be removed from the steel case and used traditionally as well. You can pick it up this fall for $69.95.

Finally the Charge Stream Powerstation Wireless and Wireless XL function as both traditional wireless Qi wireless charging pads and power banks. The regular model holds 6,040mAh while the XL has 10,000mAh, adding roughly 34 and 40 hours of smartphone recharging, respectively. They both also come with a 10W fast-charge USB-A port so you can simultaneously charge a second device. You can pick up both models now from mophie.com; the regular model will set you back $79.95, while the XL cost $99.95.