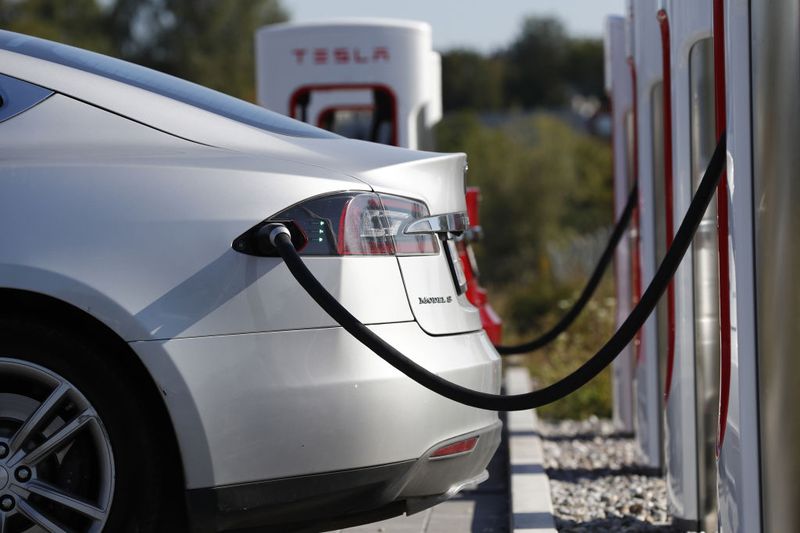 This week, California’s state legislature approved a bill requiring the state to get 100 percent of its electricity from carbon-free sources by the year 2045. It’s a landmark for power sector decarbonization, and if Governor Jerry Brown signs the bill, it will require a transformation of the state’s energy system.

California already gets 29 percent of its electricity from zero-carbon wind, solar, biomass and geothermal energy, and it has already reduced statewide greenhouse gas emissions to 1990 levels. As I highlighted in July, though, emissions in the state’s biggest emitting sector, transportation, have barely budged this century.

That’s why the state’s electric vehicle market is increasingly important, and worth a close look. The latest monthly electric vehicle tracker from my Bloomberg NEF colleagues shows some important developments in the U.S.’s biggest state auto market.

In the first half of the year, vehicles with a battery were more than 10 percent of new vehicle sales in California. The model mix includes hybrids like the Toyota Prius that have no electric charging plugs, as well as plug-in hybrids and pure electric cars with no combustion engine at all.

The data reveal three trends. The first is the steady erosion of hybrid market share, which is down from seven percent of new sales in 2013 to four percent in the first half of 2018. That’s noteworthy, and so is the fact that battery electric vehicles are now more popular than plug-in hybrids.

In 2017, the plug-in electric car market is now more than six percent of new car sales in California. It’s not a big number — but it will get bigger, and it’s worth asking, “how much bigger?”

It took Norway about a decade to reach six percent electric vehicle sales but then only five years to go from 6 percent to 47 percent. Norway is a special case, given that the country has generous incentives that aren’t replicated elsewhere. It does show, though, that inflection points occur, and when they do, markets can change quickly.

Six percent isn’t some magic threshold, necessarily, but it could be the beginning of explosive growth in California as it was in Norway.

Inflection points are notoriously difficult to call. Generally with consumer products, these things take longer than expected to get going, but then go faster than expected once they do. I think we’re still several years away from a true inflection point on EV adoption, but it’s definitely getting closer. Consumer choice really matters here, and for the numbers to really spike there will need to be cost-competitive models across all segments. That’s still going to take some time, but if you look at the launch plans of major automakers, there’s an incredible number of models coming in the early-to-mid 2020s.

Of course, EV sales are often clustered and some areas have already reached the steep part of the adoption curve. Car dealerships in Oslo or Palo Alto for example, would likely tell you that inflection point passed some time ago.

Zero-emission electric cars in California might not reach the same penetration point as the 100 percent zero-carbon electricity target. If they reach Norway levels, though, California will be a million-a-year electric vehicle market on its own.