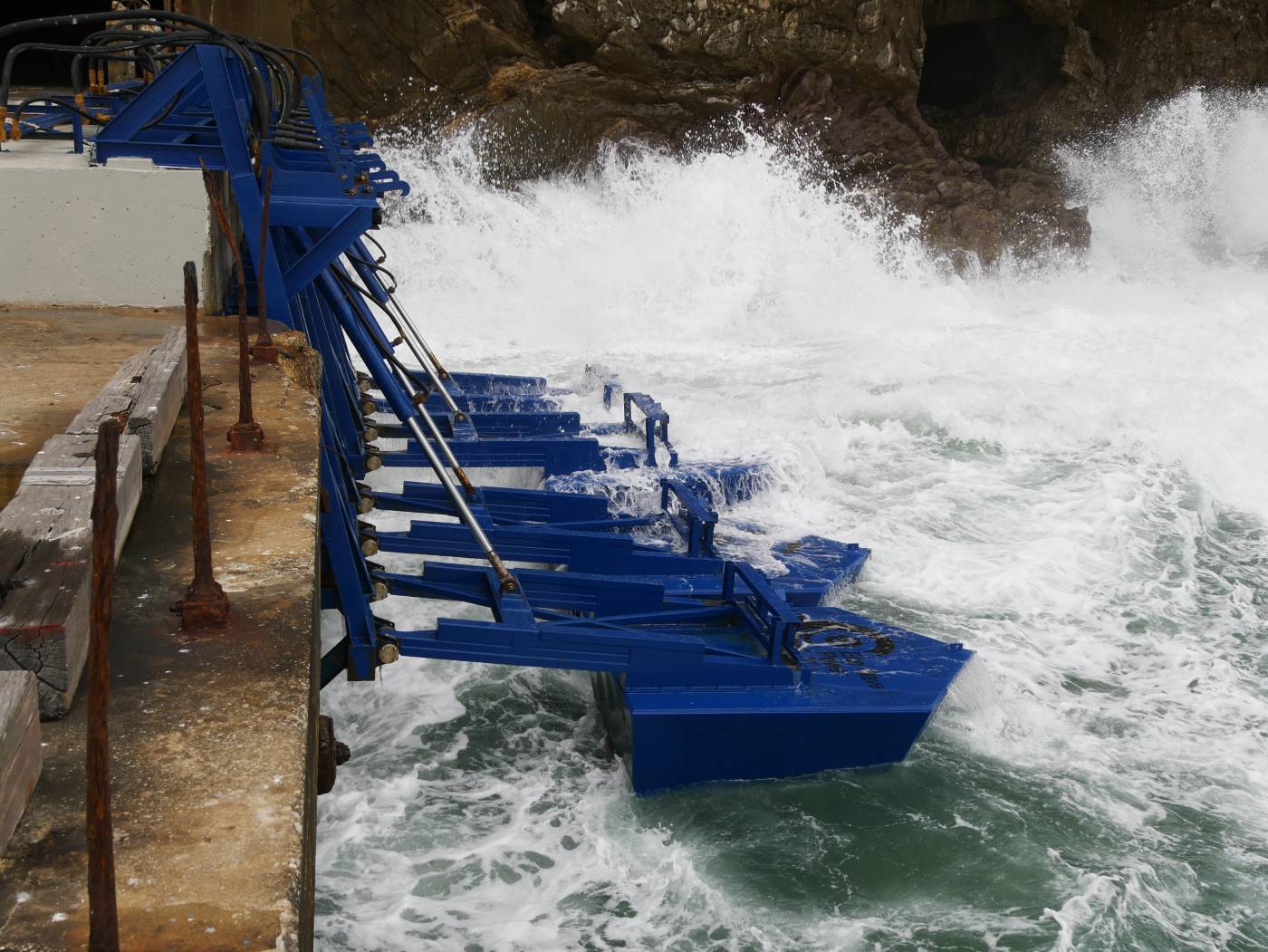 Energy from the ocean breakers that pound Mexico’s Pacific Coast could soon be turned into electricity as an Israeli joint venture finalizes permits and financing for the country’s first wave energy plant.

Wave power development has long lagged renewable rivals such as solar, but Eco Wave Power says it could prove an effective way to deliver power to coastal communities in countries such as Ghana or Kenya that have little access to electricity.

“The ocean is the biggest renewable resource that we have and it’s completely untapped, and it has to change,” said Inna Braverman, co-founder of Tel Aviv-based Eco Wave Power.

“At the moment we’re a comparable price to solar, but the advantage on top of solar is the availability of the resource… It keeps working 24/7,” she told the Thomson Reuters Foundation.

After scanning the coast for optimal wave conditions, the company decided to set up its first Mexican plant near Manzanillo, the country’s busiest cargo port some 845 kilometers (525 miles) west of Mexico City.

Situated close to the shore, hundreds of floating buoys connected by arms to a jetty would move with the waves to generate clean electricity at the 4.8-megawatt plant.

The power then would be fed into a sub-station controlled by the state-owned electricity company, said Ernesto Delarue Rodriguez, chief executive of joint venture partner Eco Wave Power Mexico.

The plant would be able to power about 2,000 homes, he said.

In the event of storms, Eco Wave Power’s system could lift its buoys or submerge them until high waves pass, the company said on its website.

Aside from wave energy, companies around the world are looking to tap the vast potential of the oceans by creating energy from tides, currents and temperature differences – but commercial breakthroughs have so far been limited, experts say.

“Ocean energy has not yet reached the commodity phase of development. If you want solar, go buy some solar panels. If you want wind energy, go buy a wind turbine,” said Mark Horenstein, professor of electrical engineering at Boston University

“In the case of ocean energy, no one company or entity has come up with the killer application that’s going to be the definitive method for ocean energy.”

Any ocean technology also has to be able to survive a “100-year storm” – the worst storm expected over a century – and such events could become increasingly more likely with a changing climate, he said.

The patchy history of large-scale wave energy projects has made some investors cautious about sinking their money into ocean projects, said Braverman, whose company is considering a stock market listing to help raise capital.

The Manzanillo project, which expects to receive final permits in the coming weeks, will cost around $15 million. A chunk of the financing will come from the Israeli company but much of it will be raised by the Mexican venture partner.

Delarue, who is also working on a wave energy project in the Bahamas, said construction should start this year once financing and permits fall into place, though admitted that, in some cases, “Mexican investors… are not used to investing in start-up projects.”

Aside from Mexico, Braverman said her company was waiting to start work on a 5-megawatt wave power plant in Gibraltar that could provide 15 percent of the enclave’s electricity, and has orders in countries including China and Britain.

Born 200 miles from Chernobyl, just two weeks before the 1986 nuclear power plant disaster, Braverman said her experience of the devastating impact of contamination helped spur her interested in clean power.

“There’s many people saying yes, we need to fight pollution in the future, yes, we need to recycle, we need to invest more in renewable energy but they don’t actually understand the meaning behind it,” she said.

“I experienced first hand the negative impact of pollution and I got a second chance in life,” she said.