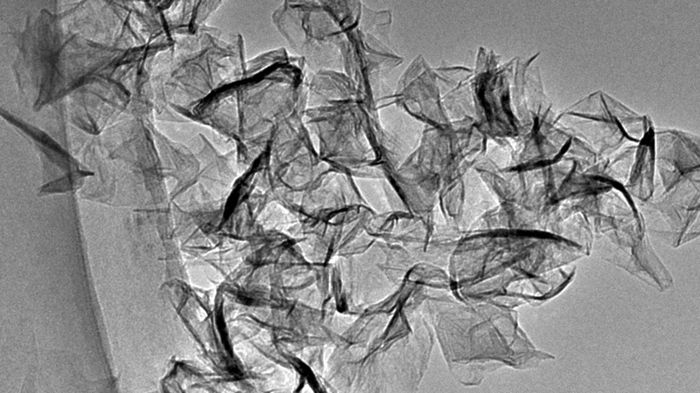 A remarkable material called graphene can be produced in an ordinary microwave oven, through a process similar to how snowflakes form.

Graphene, which is formed of carbon sheets only one atom thick, is highly conductive and the strongest material ever tested. But large-scale production is difficult and expensive.

A team led by Jin Zhang at Peking University in Beijing and Yingying Zhang at Tsinghua University, also in Beijing, used a microwave to heat a tube containing silicon dioxide and silicon, creating plasma — a hot, electrically charged gas — of more than 700 ºC. When the researchers added methane, some of the plasma broke down, and the methane’s constituent carbon formed graphene.

These graphene bits accumulated into sheets, in a process similar to the growth of an ice crystal into a snowflake. As the plasma moved, the sheets drifted gently, like falling snowflakes.

Snow was allowed to pile up on a flexible surface and formed a graphene ‘snow bank’. From this, the team created a sensor, which measured the strain produced by a force applied to the surface.