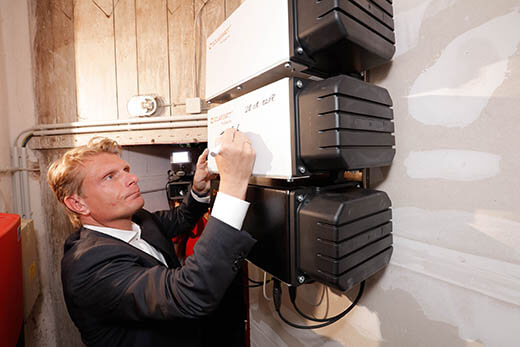 In June, EU energy ministers agreed to aim for a renewable energy-use target of 32 percent by 2030. At the time, EU climate commissioner Miguel Arias Cañete said the target would help Europe meet its Paris agreement goals and would “translate into more jobs, lower energy bills for consumers, and reduced energy imports”.

Within the EU, Germany has been leading the way in renewables. In April, the country set a national record for renewable energy use: at one point during the holiday weekend at the end of the month, 85 percent of all the electricity used was produced from renewable sources. Meanwhile, more than one million homes in the country are equipped with solar panels.

The green revolution in Germany has been supported by government subsidies and driven by public opinion, but there are also free-market forces at work. Renewables are becoming increasingly viable from an economic standpoint. Solar cells, for example, are being manufactured for less and becoming more efficient year on year.

But challenges remain. The most obvious being the need for these green energy sources to provide the consistent power we enjoy from the fossil fuels they are intended to replace.

The peaks and troughs associated with solar energy – as the sun rises and sets – have, in some cases, led to excess power being generated and huge amounts of energy being wasted.

For example, in California in May an oversupply of solar energy led to plummeting prices, which caused the state to force renewable energy plants to scale back production. More than 95,000 megawatt hours of electricity were lost as a result.

One way to prevent that from happening is to develop better energy storage technology and make it available to the masses. The solution? Domestic batteries.

This week, Germany hit another green energy milestone, announcing that 100,000 homes now have their own battery storage systems connected to the national grid.

These systems allow homeowners to store the solar energy they’ve generated and use the power even after the sun has gone down. Electricity consumption tends to be lower during the day and rise in the evenings. Storage solutions allow homeowners to offset that imbalance and even sell unused energy back to the grid.

Since 2013, the cost of lithium-ion batteries has dropped by half. The idea of becoming part of a ‘virtual power plant’ – distributing energy to and from homes, depending on supply and demand – has also gained traction.

On the day the 100,000th battery was installed in Germany, Carsten Körnig, MD of the German Solar Industry Association, said the progress was down to “the encouraging willingness of many citizens to invest, the innovative strength of the industry, and the market incentive programme launched five years ago by the German government.

“If politicians are now resolutely pursuing the energy transition, solar storage will soon become the standard, and we are delighted that domestic storage providers are among the best in the world, and particularly benefit from them,” he continued.

The German solar industry is on the right path. According to Körnig, more than half of domestic solar energy system buyers order a battery storage unit right away.

This is driven by the potential to save money in the long term, the sense of independence it brings, and the desire to make a contribution to Germany’s energy transition.

“With this momentum, we will reach the next milestone – 200,000 solar batteries – in just two years,” said Körnig.