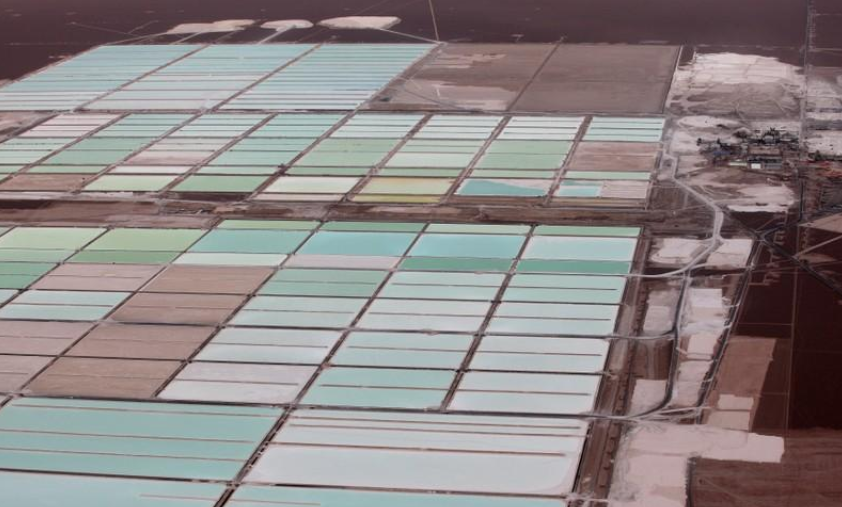 As global demand for lithium hits overdrive, Albemarle Corp is investing millions of dollars to engineer specialized types of the light metal for electric car batteries, part of a strategy to remain the niche market’s top producer.

The pivot comes as battery makers such as Panasonic Corp, the sole battery supplier to Tesla Inc, increasingly demand more purified versions of lithium that can help boost electricity storage and increase a battery’s charge, shaping Albemarle’s strategy, according to sources and documents reviewed by Reuters and confirmed by the company.

Once used primarily as a pharmacological treatment for bipolar disorder, lithium has become one of the world’s most in-demand commodities thanks to the rising popularity of electric vehicles powered by lithium-ion batteries.

Roughly 500,000 electric vehicles were sold globally in 2016, a figure that is expected to jump sevenfold by 2022, according to estimates from the U.S. Energy Information Administration.

Albemarle’s strategy, which includes developing a battery research center near its North Carolina headquarters, is aimed at setting it apart from its major competitors, including Chile’s SQM and China’s Tianqi Lithium Corp.

Albemarle has historically sold basic types of lithium under short-term contracts, much like rivals. Now, the company is diverging from rivals and developing dozens of lithium products that can help boost electricity storage and increase a battery’s charge.

“What we are doing is not a moonshot, but rather just good engineering,” Albemarle’s lithium unit head, Eric Norris, said at a private dinner earlier this summer attended by State Street Global Advisors, Goldman Sachs Group Inc and other top shareholders, according to two sources.

As more lithium production comes online in the Americas and Asia, concerns about oversupply are high, making a push into specialized lithium a crucial step for Albemarle.

“Lithium is much more a specialty chemical than a mined product,” said Joe Lowry, an independent lithium industry consultant. “It’s definitely not a commodity because it’s not a fungible good.”

Albemarle is now trying to use its technical know-how and clout to forge customer partnerships that it hopes guarantee profit for decades.

“If every new lithium project that’s been announced does come online, that could cause market oversupply,” said Deutsche Bank mining analyst Chris Terry. “There’s a lot of bearishness in the market and differentiation is the key to success.”

By treating the metal with various chemicals and other processing steps, lithium’s chemical structure can be rearranged to boost electricity storage and increase charge, which Albemarle hopes will make it even more indispensable to battery makers and the electric car industry, Norris told the investor dinner.

While solid-state batteries are not expected to replace lithium ion batteries as the industry standard, they are seen as a promising technological evolution. And importantly for Albemarle, they will consume even more lithium.

So far, Wall Street is rooting for Albemarle’s success. Seventeen of the 22 analysts that cover the stock recommend buying it. As an average, that same group thinks the stock should be trading 33 percent above current levels, according to Thomson Reuters data.

Albemarle agrees and earlier this month said it would double its stock buyback for the year to $500 million.

The global lithium business is dominated by Albemarle, SQM, Tianqi and FMC Corp, which is spinning off its lithium division this fall as a stand-alone publicly traded company.

SQM has stated publicly a goal of supplanting Albemarle as the world’s biggest lithium producer by the next decade, which Albemarle says is not a concern.

“We are not interested in being the largest; we are concerned about meeting the needs of our customers and being the most profitable lithium company in the world,” said Hobb.

But some on Wall Street are spooked, with shares of Albemarle down 25 percent this year.

“Lithium has become the centerpiece for the future of the company,” said Chip Skinner, a portfolio manager with the Royce Funds, which holds Albemarle shares. “But supply and demand still matter.”

To help retain its crown, the U.S. company is moving customers toward long-term contracts of a decade or more, far longer than the three- to five-year contracts it currently signs. The contracts have an option to reset pricing every year, in contrast to SQM which favors shorter contracts and typically charges spot market prices.

Norris told large investors that the shift to long-term contracts, which would have a base price guaranteed, could be as long as a decade or more in some cases and secure Albemarle’s 40 percent profit margins, regardless of market forces.

“Lithium is a relationship-based business, and Albemarle is betting that brings it success in the long-run,” said Chris Berry, an independent energy metals analyst based in New York.