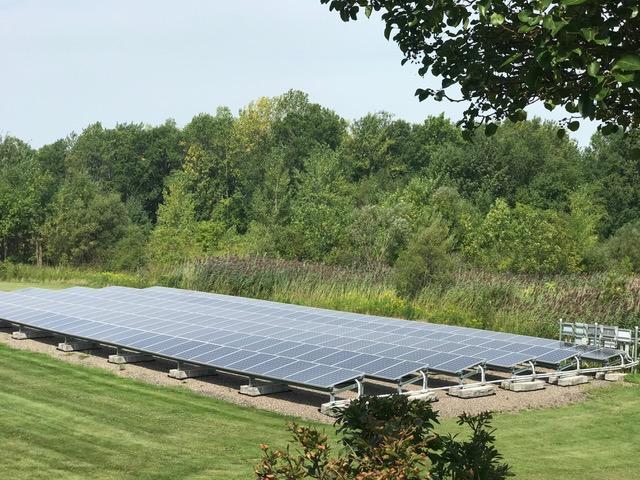 Solar energy advocates are calling on Gov. Andrew Cuomo to change the way the state determines compensation for solar projects.

The problems began about a year ago, when the Public Service Commission replaced net metering with a policy called the Value of Distributed Energy Resources, or VDER for short. Chris Carrick, the Energy Program Manager at the Central New York Regional Planning and Development Board said the new policy ultimately reduces the worth of solar power.

“The outcome of this is driving solar development towards very limited areas of the state where the VDER policy is not so bad, but taking an axe to parts of the state like central New York,” Carrick said.

And that has been a death knell for solar power projects. So far, Carrick said the state has lost $800 million in local investment, and $258 million in central New York alone. That could include a project in the town of Clay. Supervisor Damian Ulatowski said there are plans for a solar array on six acres of town-owned land for a community solar project.

“It is in jeopardy at the moment because of this so-called VDER concept, which makes it less attractive for developers of these project to participate, because usually it’s a shared effort,” Ulatowski said.

Net metering replaces the complicated VDER concept with a simple reimbursement method. The Assembly has passed a bill that would put VDER on hold for community solar projects, but it has not moved in the state Senate. Carrick said boosters will continue to look for legislative relief. But time is of the essence, so they are also turning to the governor.

“Because solar developers will simply pull up stakes and move to other states where the policy is more friendly,” Carrick said. “Time is money, and if it takes another six months or a year to sort this out, then we’ll be behind.”