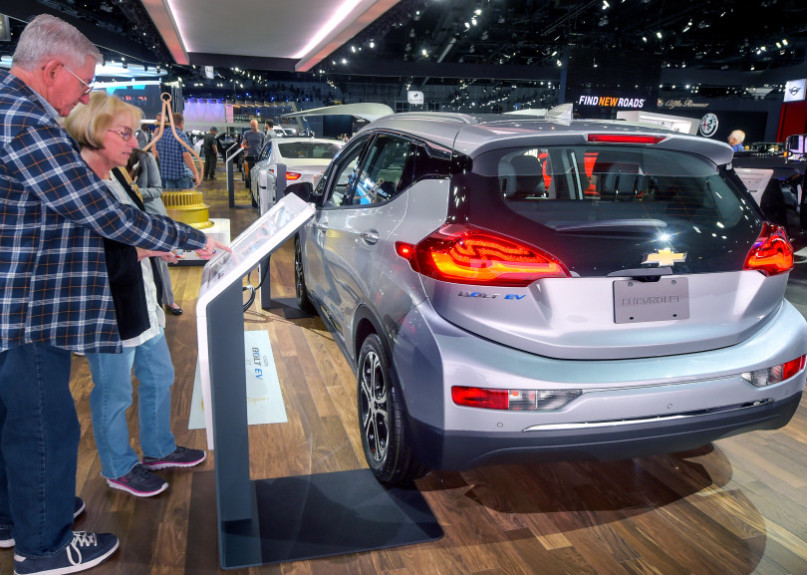 When I say I own an electric car, too many people look at me like I’ve jumped into a Hyperloop tube.

I think many people don’t understand how accessible these cars have become in the last year or so.

Joel Levin, executive director of Plug-In America, agrees. His insight into the EV market is worthy of your time.

New inventions take time to crack the market
“They sell by word of mouth, which is true of all new technology,” Levin said during an interview Friday from his Los Angeles office.

Sales of electric cars in the United States are up 40 percent from this same time last year, Levin said. And California is a little less than one-half the market.

That innovative car company has ramped up production of its latest sedan, the Model 3. In May through June, Tesla sold 6,000 Model 3s. In July, CEO Elon Musk’s company has bumped that up to 14,000.

Now Musk wants to take his company private? That’s a financial decision that could prove interesting. Levin says Musk wants to get out from under the quarterly expectations of a public company placed by Wall Street.

Supply seems to be catching up. Hence, Tesla will be successful, Levin surmises.

The answer is both positive and negative.

Most owners tell me Bolts can travel 260 miles. Levin said some have told him they can get 300 miles (but they must be driving slowly and coasting a lot). The good news is Chevy already has the Bolt, it’s in 50 states, and its reasonably priced. No waiting.

The bad news: Bolts are selling well but U.S. dealers can’t keep them in the showrooms because they’re being bought by folks in Asia, especially South Korea.

“If I were GM, I would ramp up production of that car,” Levin said.

Electricity is a few dollars a charge. With a Bolt, that might be $5 for 250 miles. For gasoline, that’s $4 a gallon to go 30 miles or about $33 for 250 miles. Also, you never have to pay for maintenance since an electric car has so few moving parts.

The question isn’t should you buy or lease an electric or plug-in car. It’s why haven’t you done so?

“I tell people don’t look at the sticker price. Look at the cost of ownership. The EV is less expensive to own,” Levin said.

If I get a Bolt, I’ll never have to go to the gas station again and breathe those fumes, not to mention wait in long lines.

Nissan introduced a 2018 Leaf with a single-pedal (e-pedal) for accelerating when you push down and slowing and braking when you let up. The car gets 150 miles per charge. A quick-charge portal can fill her to 80 percent in 30 minutes.

Other top EVS and EV cars with a small gasoline boost that powers the electric drive train when battery goes to zero (note: this is not a hybrid): Chevy Volt, BWM i3, VW’s e-Golf, Honda Clarity, Ford C-Max, Ford Energi and the first mini-van that plugs in: Chrysler Pacifica.

Last, expect more EVs in the next two years, he said. The best market? Silicon Valley, where 13 percent of all cars sold are electric.Those nerds must know something. Los Angeles is a close third at 5 percent but in a much larger market.

“The potential in L.A. is bigger than anywhere else in the country,” Levin said.