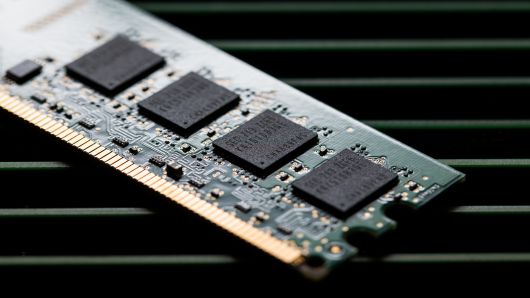 Major semiconductor sector stocks in Asia took a tumble on Friday after the industry was downgraded by Morgan Stanley.

Those losses weighed on the broader Kospi, which closed lower by 0.91 percent.

In Japan, semiconductor-linked stocks also took a beating. Shares of Tokyo Electron, which manufactures semiconductor equipment, was down 3.55 percent while manufacturer Advantest lost 4.89 percent for the day.

The declines came after Morgan Stanley lowered its rating to “cautious” from “in-line” for the semiconductor industry, highlighting rising inventory levels. The “cautious” label is Morgan Stanley’s lowest rating and means its analysts believe the sector will underperform the market over the next 12 to 18 months.

Moves in the semiconductor space in Taiwan, however, were more tempered, with Taiwan Semiconductor Manufacturing Co. edging lower by 0.81 percent and United Microelectronics Corporation tacking on 0.56 percent by the end of the session.