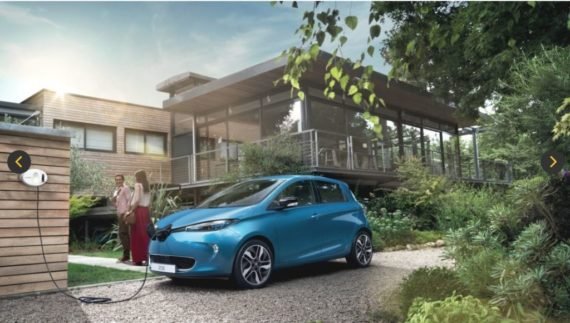 Faraday Future is back! It apparently secured $2 billion in financing to keep its EV dream alive. We’ll see where that goes.

Kia Niro EV now on sale in South Korea. Maybe we’ll see it in California and Alabama soon. Or not.

The Hyundai Kona EV, a cousin of the Kia Niro, landed a whopping 7,000 orders in Norway in just two weeks on the market there. Let’s hope Hyundai lines up the batteries.

Nissan announced that a new LEAF was being sold every 10 minutes in Europe. That sounds like a lot. That said, it’s nothing close to Tesla Model 3 demand. (CleanTechnica report coming.)

Volkswagen announced it will manufacture electric cars in the United States. Volkswagen will also offer the market electric vehicles for carsharing via its WE service — starting in Germany in 2019 and then expanding to large cities in Europe, North America, and Asia.

Jaguar says it is investing $18 billion into electric drivetrain development in the next three years.

Magna and Beijing Electric Vehicle Company (a subsidiary of Chinese auto giant BAIC) announced a plan to build electric cars together in China. Yup, another major auto company is growing tentacles in China.

Byton, an EV startup out of China, secured $500 million in Series B funding.

Boeing and the Japan Aerospace Exploration Agency announced they are working on lidar systems for electric flight.

The 2019 Alta Redshift EXR electric motorcycle was rolled out.

CATL shared that it will be building a battery factory in Germany for BMW and Volkswagen electric vehicles.

Energy Absolute, a battery storage company, announced that it is building a 1 GWh factory in Thailand that could grow to a capacity of 50 GWh — maybe.

Conamix joined the push to develop cobalt-free EV batteries — or at least unveiled it was part of that effort.

In the Netherlands, EV sales rose 141% and Tesla had a record sales month.

In France, EV sales rose a much more modest 13%.

In the US, Loren McDonald noted that new EV models are now accounting for the majority of EV sales.

Tesla got one foot out of production hell. It is (yet again) executing like many said it couldn’t.

That means that Tesla sales have skyrocketed. After passing a production target of 5,000 units a week, the Model 3 is actually the 7th or 8th best selling car in the United States and is crushing competitors in the small & midsize luxury car market. Furthermore, Tesla passed its 200,000th US delivery, kicking in the long phaseout of the federal EV tax credit for Tesla buyers (unless that tax credit policy gets modified).

Actually, Tesla’s production and sales rate has seemingly passed up Jaguar’s and Porsche’s.

So, it’s no surprised that certain billionaires have been losing massive amounts of money betting against Tesla. And those billions in paper losses have multiplied in the past few days thanks to CEO Elon Musk tweeting an intention to take the company private. But, but — what are all the shorts going to do with their time and money if Tesla goes private?