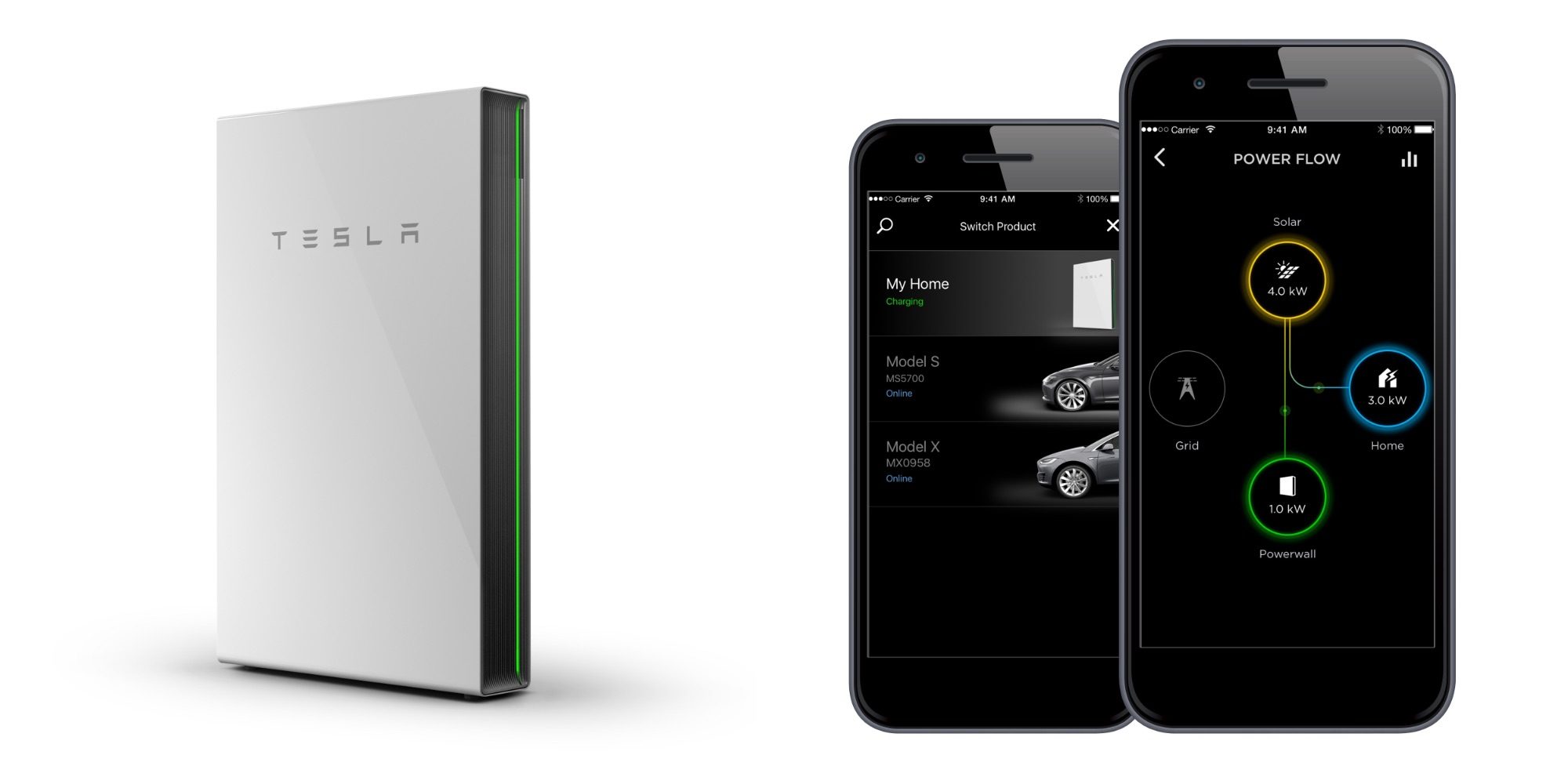 Tesla has updated its Powerwall and mobile app to add new features to its home battery pack system, including a ‘Storm Watch’ feature that automatically detect incoming storms and prepare for them by keeping energy stored in the Powerwall.

With the simple new app (pictured above and below), users can easily see where the electricity powering their home is coming from: grid, solar installation, or Powerwall. It will enable Tesla customers to have a greater visibility in their power generation and consumption.

On the product page in the app, Tesla owners can choose between their vehicle(s) and their Powerwall 2 in order to access the “Power flow” feature with some cool:

Tesla is still tuning the app for Powerwall owners and adding features to let them benefit more from the capacity of their home energy device.

A few months ago, it updated the system to let owners take better advantage of variable energy costs.

It’s not clear what are ‘Grid Services programs’, but we would assume that it has to do with Tesla partnering with electric utilities to deploy Powerwalls where the utilities can have access to a percentage of the energy capacity installed at the homes of customers.

For example, Green Mountain Power (GMP) in Vermont is deploying 2,000 Powerwalls with part of the capacity used for a virtual power plant.

We contacted Tesla for more details on the Grid Services programs and how it relates to this update. We will update if we get an answer.

As for the Storm Watch, it’s fairly self-explanatory. It is coming right before the peak of hurricane season and therefore just in time.

Tesla says that it is for ‘selected regions’ and we know that Tesla has ‘about 11,000’ energy storage projects underway in Puerto Rico with Powerpacks to strengthen the local electric infrastructure and Powerwalls to help homeowners keep the lights on in case of another big outage, like the one following the two hurricanes that hit last year.

We have already seen Powerwall owners take advantage of their backup power in recent brownouts on the island, which resulted in a very special visual.

During Tesla’s earnings last week, the company said that Powerwall production is currently ‘battery cell starved’. Demand is significantly outpacing their production capacity, which they are trying to increase.