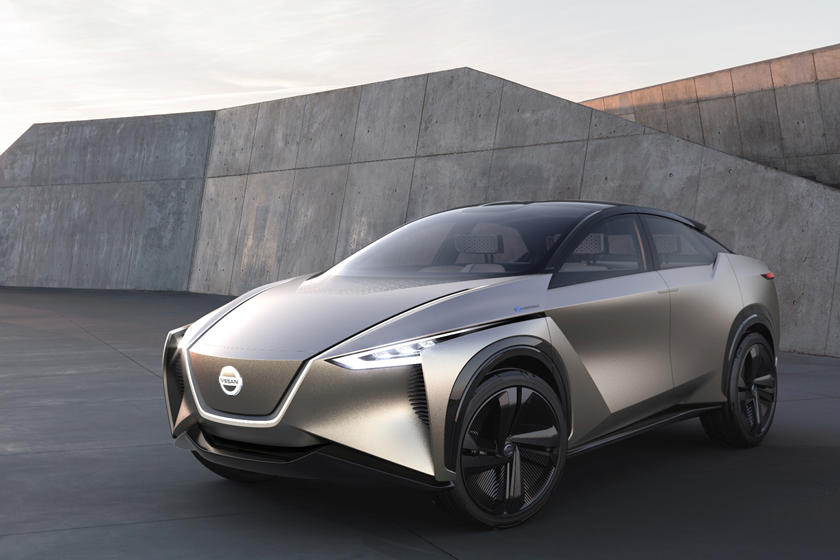 Take a look at Nissan’s website under ‘electric cars’ and the Leaf is sitting there all by its lonesome self. Nissan has several hybrid models in its lineup, but they aren’t listed as separate vehicles, nor are they categorized in their own section on the website. Perhaps there is a logical explanation for this. In an interview with Autocar, Nissan revealed plans to introduce more EVs alongside the Leaf, including a production version of the IMx Concept.

The IMx will morph into what will essentially be an SUV version of the Leaf hatchback. Nissan didn’t specify which models would be introduced as part of the electric push, but a combination of hybrid and plug-in hybrid cars are expected. Renault-Nissan advanced product planning manager Warwick Daly said “the alliance is evaluating the best technologies available across the group for its hybrid program,” and will reveal more when decisions have been finalized.

Nissan, Renault, and Mitsubishi all have experience building hybrids and electric vehicles, so the alliance is well-positioned to introduce new models. Daly expects 35% of Nissan’s European sales to be electrified by 2025 with the goal for 20% of sales coming from plug-in hybrids by 2020.

“We want to stay ahead of the curve,” said Daly, adding his opinion that “the mild hybrid will start to become obsolete. Our electrification offer will change over time.” Clearly, plug-ins and EVs will play a more significant role moving forward for Nissan. “The Leaf will play a bigger role,” Daly said, pointing out that the new car is selling at a 40% higher volume than the previous model. As SUVs grow in popularity, it only makes sense to give the Leaf an SUV sibling.