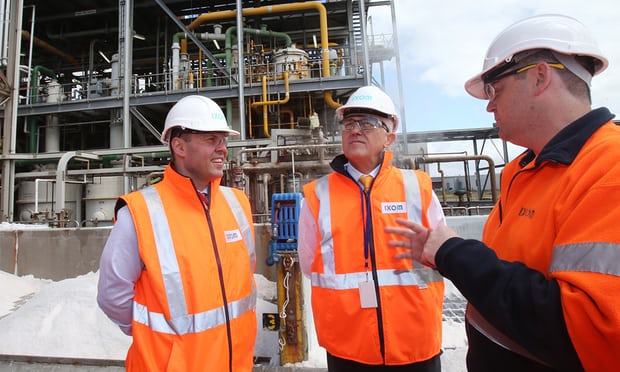 The Turnbull government’s national energy guarantee will drive a slight increase in the share of renewables in the electricity market compared to a scenario where the policy isn’t implemented.

But emissions will also rise over the life of the scheme before pollution falls again towards the end of the decade to 2030.

The Energy Security Board on Wednesday circulated its final advice to state and territory energy ministers on the Neg, complete with a summary of the modelling underpinning the policy.

In an unusually strongly worded recommendation from an official, the ESB’s chair, Kerry Schott, pointedly warned the wavering members of the Coag energy council that delaying agreement on the Neg will “prolong the current investment uncertainty, and deny customers more affordable energy”.

The summary of the modelling provided to the jurisdictions by the ESB says the Neg will increase the share of renewable generation in the national electricity market from 17% in 2017-18 to 36% by 2029-30. Coal will account for more than 60% of all generation in 2029-30.

The modelling forecasts the Neg will drive a further commitment of 1,000MW of renewable generation.

That head-to-head comparison suggests the Turnbull government’s policy will do almost nothing, in and of itself, to boost renewables in the system.

Queensland and Victoria have raised concerns about the states being expected to give in-principle approval to the Neg before all the Coalition party room processes in Canberra are exhausted.

In an effort to keep the states at the table, the federal energy minister Josh Frydenberg has offered state ministers a 2024 review of the target, and a two-step process before sign-off.

The Coag energy council will meet on 10 August to consider the mechanism, and then there will be a second conversation on 14 August, where Frydenberg will show his counterparts the federal legislation giving effect to the emissions reduction components of the scheme after the package clears the Coalition party room.

The process the commonwealth envisages is in-principle agreement at the first meeting, conditional on the states having no concerns on 14 August.