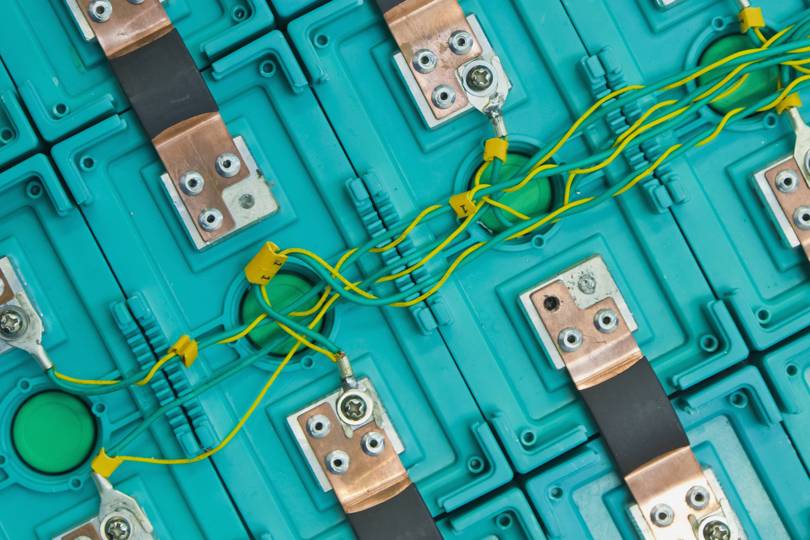 If you’re reading this on your smartphone, you’re holding a bomb. Beneath a protective screen, lithium – a metal so volatile that it can ignite on contact with water – is being taken apart and reassembled in the intense chemical reaction that powers much of the modern world.

Lithium is in our phones and tablets, our laptops and smartwatches. It’s in our e-cigarettes and our electric cars. It is light, soft and energy dense, which makes it perfect for portable electronics. But, as consumer technology has grown more powerful, lithium-ion batteries have struggled to keep up. And now, just as the world has gripped by its addiction to lithium, researchers around the world are scrambling to reinvent and the batteries powering our world.

Huge glowing screens, faster processing, speedy data connections and a fashion for thinness mean that some smartphones struggle to make it through a day without being charged. Often more than once. After two years, the battery life of some devices falls off a cliff and they are consigned to the scrapheap.

Silvery lithium’s great strength is also its biggest weakness. It’s unstable. It explodes. A lithium-ion laptop battery holds as much energy as a hand grenade. “Having a smartphone in your pocket is like having kerosene in your pocket,” says Mike Zimmerman, the founder and CEO of Ionic Materials.

Zimmerman has seen the effects first hand at his company’s research lab in Woburn, Massachusetts. In one experiment, a machine drives a nail through a battery pack, which quickly balloons like a bag of microwave popcorn before igniting with a bright flash. The last five decades of battery research have been a tightrope walk between performance and safety – an effort to squeeze as much out of lithium as possible, without pushing it over the edge.

So for now we make do. The global market for power banks – the bulky bricks and cases that people turn to for extra juice – is predicted to reach $25 billion by 2022. But battery life is named by consumers as the single most important feature of a smartphone in poll after poll. As power-hungry 5G rolls out over the next decade, the problem will only get worse. There are huge rewards on offer for those who can solve it.

Ionic Materials is just one of dozens of companies engaged in the epic race to radically rethink the battery. It’s been plagued by false starts, bitter lawsuits, and failed startups. But after a decade of slow progress, there is hope. Scientists at startups, universities and heavily-funded national labs around the world are using sophisticated tools to hunt for new materials. They are seemingly on the verge of vastly improving the energy density and longevity of smartphone batteries, and creating greener, safer devices that will charge in seconds and last all day. It has been an explosive journey.

Batteries generate electricity by splitting chemicals. Every battery built since 1799, when they were invented by Italian physicist Alessandro Volta to settle an argument about frogs, has had the same key components: two metal electrodes – the negatively charged anode and the positively charged cathode, separated by a substance called the electrolyte.

When a battery is connected to a circuit, metal atoms in the anode undergo a chemical reaction. They lose an electron, becoming negatively charged ions, and are drawn through the electrolyte towards the positive cathode. At the same time, the electron – also negatively charged – flows to the cathode as well. But instead of going through the electrolyte, it travels around the outside of the battery via the circuit, powering whatever device it is connected to.

The metal at the anode eventually runs out of atoms to give up, and the battery runs out of juice. But in a rechargeable cell, the process can be reversed by applying an electric current, which forces ions and electrons back to the anode ready to be used again.

Electrodes made of pure metal can’t withstand the constant push and pull of atoms in and out without collapsing, so rechargeable cells have to use combinations of materials that allow the anode and cathode to hold their shape through repeated charging cycles. These can be loosely compared to apartment buildings, with ‘rooms’ for the reactive elements. The performance of a rechargeable battery is largely set by how quickly, and how fully, you can move ions in and out of these rooms without the building collapsing.

In 1977, Stan Whittingham, a young British scientist working at an Exxon plant in Linden, New Jersey, built an anode that used aluminium to form the walls and floors of the apartment block, and lithium as the active material. When he charged his battery, lithium ions moved from the cathode to the anode, settling into empty spaces between the aluminium atoms. When discharged, they moved the other way, back through the electrolyte to spaces on the cathode side.

He had created the world’s first rechargeable lithium battery – a coin-sized cell that worked well enough to power a solar watch. But when he tried to increase the voltage – to move more ions in and out – or attempted to make bigger cells, they kept igniting. Eventually, the local fire department threatened to start charging for visits.

Then, in 1980 John Goodenough, an American physicist working at Oxford University, made a breakthrough. Goodenough, an evangelical Christian who had served in the Second World War as a US Army meteorologist,was an expert in metal oxides and he suspected that they might provide a more robust cage for lithium than the aluminium compound that Whittingham had used.

He instructed two postdoctoral researchers to systematically work their way through the periodic table, testing pairings of lithium with different metal oxides to see how much lithium could be pulled out of them before they collapsed. Eventually, they settled on a combination of lithium and cobalt, a bluish grey metal found across central Africa.

Lithium-cobalt-oxide could withstand as much as half of its lithium being pulled out. When used as a cathode, it represented a huge step forwards – a light, inexpensive material suitable for both small and large devices, and vastly superior to anything else on the market.

Today, Goodenough’s cathode is in virtually every handheld device on the planet, but he didn’t make a penny from it. Oxford University declined to patent it, and he signed away the rights. But it changed what was possible.

In 1991, after a decade of tinkering, Sony combined Goodenough’s lithium-cobalt-oxide cathode with a carbon anode to try and improve the battery life of its new CCD-TR1 camcorder. It was the first rechargeable lithium-ion battery in a consumer product, and it changed the world.