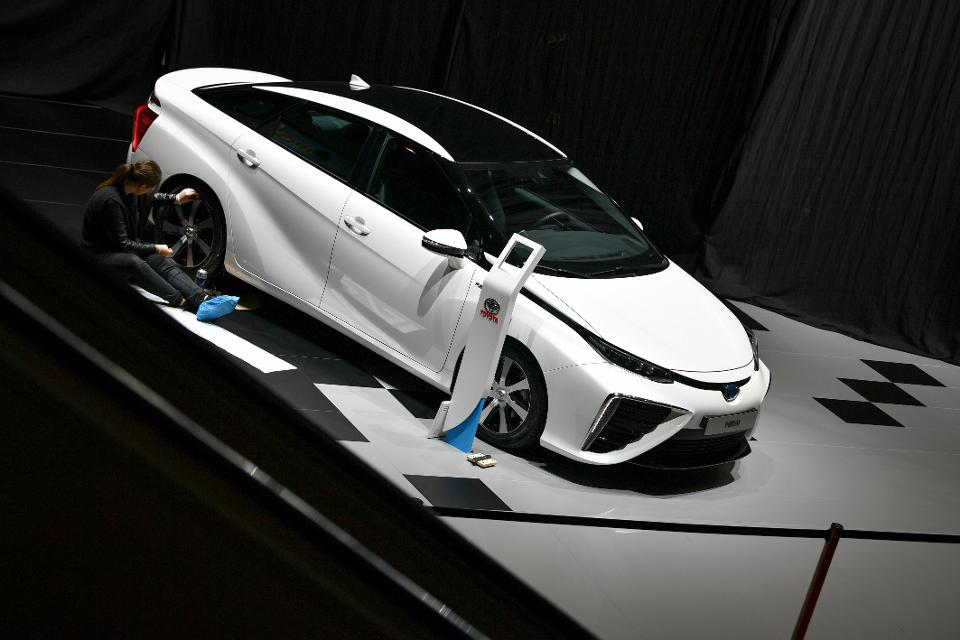 The existence of fully autonomous cars seemed to be a far off reality since 1925, when the inventor Francis Houdina introduced a car where radio signals operated every movement the vehicle. Car makers and tech lovers alike have been waiting for the technology to make fully autonomous vehicles a reality and this advancement might be closer than it seems.

Companies continue to invest increasing amounts of money into autonomous car research efforts. The automotive industry continues to prove that self-driving vehicles are no longer just a science fiction phenomena, but a reality. On Tuesday July 24, Ford was the latest company to ramp up these efforts by committing to invest $4 billion into making these vehicles through 2023.

Car manufacturers are not the only ones who are eager to accept the benefits that come with self-driving cars. Individuals are looking forward to a more hands free driving experience, while rideshare companies such as Uber and Lyft are eager to cut down on the costs of drivers. Furthermore, delivery services are also looking for a more efficient way to keep up with the changing technology. One example of this is Domino’s teaming up with Ford in order to create a vehicle, containing an oven, that is self-operated.

Public opinion on these cars are not always favorable with worries about how they will interact with both human drivers and pedestrians. A 2016 AAA survey found that three-quarters of Americans reported feeling afraid to ride in a self-driving car. Combating this opinion the Department of Transportation, stated that 94% of car crashes can be blamed on human error and that autonomous vehicles are expected to cut down the number of car crashes.

The United States is not the only Country hoping to cash in on this emerging market. According to Bloomberg, Chinese companies such as Roadstar.ai and Pony.ai are taking their autonomous car technology to the next level, in hopes of controlling this market domestically. This market could prove to be profitable for these companies, with “a central government keen on seeing 30 million autonomous vehicles on roads within a decade, and a massive base of 300 million-plus drivers” according to Bloomberg.

With excitement and enormous potential surrounding autonomous vehicles, it is almost impossible to keep tech loving investors from this opportunity. With this being a multi-billion dollar industry, there is more than one way to invest in this market.

Two different investment vehicles to invest in the self-driving car market is through thematic ETFs. One of these is Innovation Shares NextGen Vehicles & Technology ETF (EKAR), and another is Evolve Automobile Innovation Index ETF (CARS).

There are few and far publicly traded companies in between that derive a significant portion of their revenues from autonomous vehicles. Although the companies we highlight do not derive the majority of their revenues from autonomous vehicles, they are significant players in advancing the industry. With a more targeted approach compared to the ETFs named above, we have listed three companies below that have great financial metrics.

The foundation of our recommendations is to identify companies that possess the collective characteristics of value, growth, EPS revisions, profitability, and LT momentum. The CressCap systematic quant model gathers data daily on 6,500 companies globally and assigns academic grades (A – F) for each financial metric. These grades are scored relative to its region/sector.

STM is a global leader that develops, manufactures, and markets its intelligent and energy-efficient semiconductors products worldwide. This stock is on the buy list due to its strong fundamentals. The company had previously been providing automakers with technology for gps systems and bluetooth technology. In addition, the company has since set its sights higher in the industry with Bloomberg reporting that it is developing chips that can tackle features like night vision, micro-mapping and 360-degree detection for autonomous vehicles. President and CEO Carlo Bozotti stated in the first quarter 2018 earnings that net revenue was $2.23 billion, up 22.2% year-over-year. All five financial metrics of this stock look favorable. The 2-yr. Historic EPS growth rate is at 645.66% compared to the sector 26.16% and EPS mark revisions FY1 and FY2 both possess CressCap A- grades, showing the stock has growth potential. The stock is a good value with a PEG ratio for the next 12 months being 0.64x vs. the sector at 1.52x. Profitability of this stock is fair and on par with the sector performance as exhibited by the ROE and operating margin both receiving a CressCap grade of B-.

Tianneng Power International Limited is a Hong Kong-based investment holding company that manufactures and sells lead-acid batteries and battery-related accessories. The company manufactures motive battery products applicable to electric vehicles along with new energy storage battery products. In 2015, it won the award for best chinese electric vehicle battery brand based on customer satisfaction. In the 2017 interim report, it recorded a revenue and net profit increase of 24.8% and 13.6% as compared with the same period last year, respectively. Tianneng credits it’s strength to overall strong demand of the domestic electric vehicle industry. In our opinion, the stock looks good on quant, technical, and fundamental criteria. It possesses an overall CressCap sector grade of A- and holds a sector rank of 78 of 493 companies in the CressCap industrials sector. There has been strong investor demand for these shares, reflected by the market cap 1-yr change given an A+ CressCap grade at 81.09% compared to a sector -1.68%. Both mid and long term momentum look favorable at 19.84% vs. sector -6.51% and at 67.94% compared to sector -3.17%. The stock is a good value, with a P/E ratio of 9.33x compared to the sector at 13.40x and a P/S ratio of 0.42x vs. sector 1.07x. The profitability of the company is also impressive with ROE and ROI receiving A and A+ CressCap grades, respectively.

Toyota Motor Corp is a Japanese multinational automotive manufacturer. As of March 3 2018, Toyota stated they would invest $2.8 billion into a Tokyo based company that will build software for self-driving cars. According to Kyree Leary of Futurism, Toyota will begin testing its own self-driving electric cars by 2020. The goal is to go beyond these vehicles simply being autonomous by equipping them with artificial intelligence capable of having a back-and-forth conversation with the driver. CressCap views this stock very highly, as it is given a rank of 1 out of 136 companies in the Japanese CressCap consumer discretionary sector. This stock has a buy recommendation due to its impressive value, EPS revisions and profitability metrics. Both the P/E ratio of the last fiscal year of 8.86x vs. sector 21.77x, and the P/E FY1 at 9.72x vs. sector 19.93x show that the stock is a good value. The momentum of the stock is also strong, with 1-month and 6-month analyst revisions at an A and A+ grade respectively.