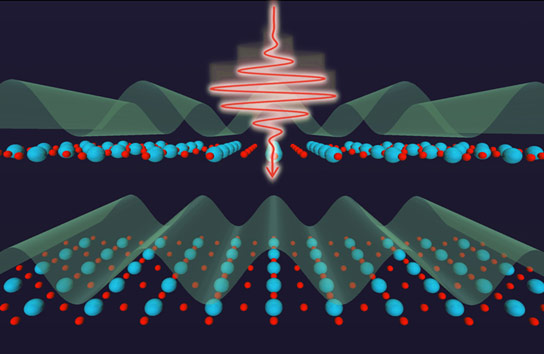 Today, the U.S. Department of Energy (DOE) announced $30 million in funding for 10 projects to advance research in the important and growing field of “ultrafast” science.

“Discoveries in materials science and chemistry have long been critical drivers of technological innovation and economic growth,” said U.S. Secretary of Energy Rick Perry. “These projects will keep American scientists on the cutting edge of one of today’s most promising and potentially productive areas of research.”

While the research spans a range of topics, a major focus is preparing for the upgrade of America’s premier installation for ultrafast science, the Linac Coherent Light Source (LCLS), a DOE Office of Science user facility at SLAC National Accelerator Laboratory.

Deployed in 2009 as the world’s first hard x-ray free electron laser (XFEL), LCLS gave ultrafast science a major boost, with its exquisite capability to probe matter with femtosecond (quadrillionth of a second) laser pulses 120 times a second—and thereby closely track the motions of atoms and molecules.

To maintain the U.S. leadership in ultrafast science, LCLS is presently undergoing an upgrade, which will produce up to 1 million laser pulses a second, delivering even finer time resolution.

A major thrust of the new ultrafast projects is understanding how to structure and shape experiments to take advantage of these revolutionary new capabilities. In the process, the research can be expected to provide detailed new insights into the behavior of catalysts, the movement and exchange of electrons in chemical reactions, and even exotic quantum effects that may eventually find application in quantum computing, quantum information processing, and advanced sensors.

Resulting discoveries can ultimately be expected to benefit a wide range of technologies throughout the U.S. economy.

Projects were chosen by competitive peer review under a DOE Funding Opportunity Announcement, RESEARCH AT THE FRONTIERS OF X-RAY FREE ELECTRON LASER ULTRAFAST CHEMICAL AND MATERIALS SCIENCES, sponsored by the Office of Basic Energy Sciences within the Department’s Office of Science.