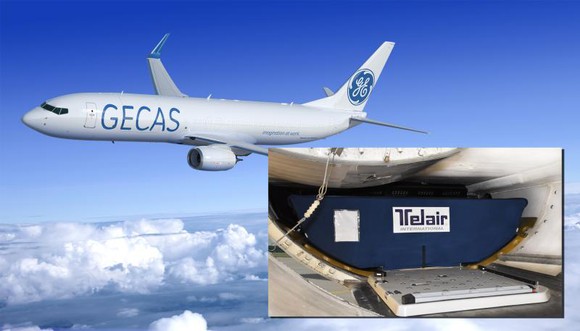 General Electric (NYSE:GE) is set to release its second-quarter earnings report on Friday. This will be the struggling industrial conglomerate’s first earnings release since announcing plans to slim down radically by spinning off its healthcare division.

Analysts have very low expectations for this earnings report, projecting that adjusted EPS will come in at $0.18, down from $0.28 a year earlier. The lack of earnings momentum shouldn’t be a surprise, as GE is still early in its turnaround effort. Here are three things that investors should be focusing on instead.

1. How are the aviation and healthcare units doing?

General Electric’s aviation and healthcare segments together account for significantly less than half the company’s revenue, but they are responsible for the vast majority of its earnings. As a result, they are GE’s main value-creation drivers.

GE needs steady growth from the healthcare unit so that it can transfer about $18 billion of debt and pension liabilities to that entity when it is spun off next year. Faster growth will also boost the value of the shares that GE investors will receive as part of the spinoff. Meanwhile, General Electric needs strong growth in the aviation unit because the company’s power segment and the GE Capital business (which will remain with the parent company) are both struggling.

2. What happened with the balance sheet last quarter?

Investors also need to keep an eye on General Electric’s balance sheet. Management recognizes that the company’s debt is too high, and has laid out a plan to substantially reduce leverage by the end of 2019.

General Electric has closed two major divestitures in the last two weeks: the sale of its industrial solutions unit to ABB and the sale of its healthcare IT unit to Veritas Capital. Together, these deals brought in cash proceeds of more than $3.6 billion. However, GE didn’t complete either deal before the end of the second quarter.

Thus, any balance sheet repair last quarter had to be accomplished using internally generated free cash flow or from selling off assets in the GE Capital unit. Still, GE Capital managed to pay down $9 billion of borrowings in the first quarter by shrinking its balance sheet, so it’s certainly possible that the company made meaningful progress on this front during Q2.

3. Will there be any nasty surprises?

Lastly, General Electric investors should look out for any big special charges or guidance cuts. Over the past year or so, GE’s management has struggled to come to grips with the depth of the market challenges facing its power business. Meanwhile, during the same period, the GE Capital unit took an unexpectedly large earnings charge due to rising long-term-care insurance claims. GE Capital also faces unknown liabilities related to potential mortgage fraud at its defunct WMC Mortgage subsidiary.

A big reason GE stock has lost half its value over the past year is that many investors are worried that the worst isn’t over yet. It will take many quarters (perhaps even years) of steady performance for these worries to abate. For now, investors should just hope that GE made it through the second quarter without stumbling across any new problems.