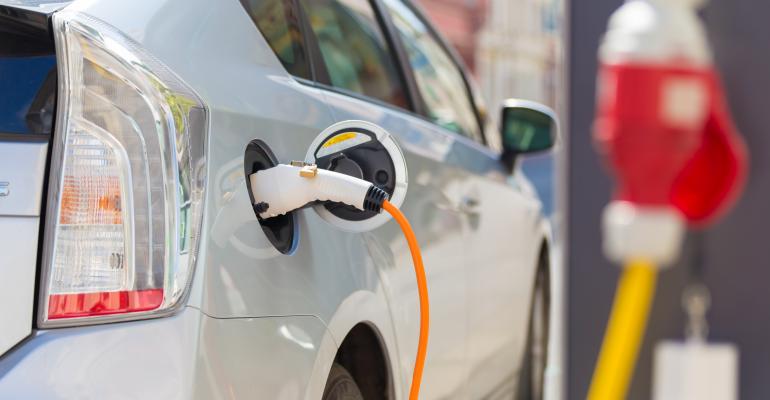 From Tesla to Formula E, electric cars are big news and showcases for an increasingly available technology.

With a major focus on how electric vehicles are good for the environment, there is more and more pressure to overcome the barriers preventing EVs from being widely hailed as a fully green alternative to traditional fossil fuels.

The most widely known impacts on the environment include the manufacture of the physical vehicle and the way in which the electricity is produced that recharges the batteries. However, the batteries themselves are also an important element which influences the overall environmental friendliness of the vehicle. This is primarily due to one of the key elements which helps Li-ions battery to work: cobalt.

Cobalt Mining and Use

Cobalt is a critical metal that has been used for ages in various manufacturing processes. The chemical element was discovered by Swedish chemist Georg Brandt in 1739. It is a silver-grey metal—a byproduct of mining nickel and copper.

The material is used in many ways, including in the development of powerful magnets and high-speed cutting tools. It also serves as a cathode material in many Li-ion batteries, which are widely used in the new wave of electrically powered cars.

The cost of cobalt is set to rise, as supplies are predicted to hit a record low by 2050.

From a commercial standpoint, cobalt is no friend of Li-ion battery manufacturers, owing to the high cost of extracting the element ready for application. This has led to many manufacturers seeking to eradicate the material, although this has not yet been fully achieved.

The cost of cobalt is also set to rise as an effect of its dwindling supplies. In fact, the Helmholtz Institute Ulm (HIU) in Germany predicted that supply of the metal will hit critically low levels by 2050, leading to an increased need to replace its use with a new technology.

Finally, from political, ethical, and environmental standpoints, the material is also seen as an ingredient that quickly needs replacing. The mining process is notoriously unhealthy for its workers, with the U.S. Centers for Disease Control and Prevention reporting that “chronic exposure to cobalt-containing hard metal (dust or fume) can result in a serious lung disease called ‘hard metal lung disease.’”

With all these factors stacked against cobalt, it is clear to battery manufacturers that finding an alternative is both a crucial and potentially lucrative investment.

Tesla’s battery cell supplier, Panasonic Corp, recently announced that it is developing automotive batteries that would work without the use of cobalt. According to Kenji Tamura, the head of Panasonic’s automotive battery business, the company is “aiming to achieve zero usage in the near future, and development is underway.”

This announcement is in tune with the continued development between Panasonic and Tesla to make their Model S batteries of the highest energy density while significantly reducing cobalt content.

How Will it Work?

Companies like Panasonic plan to eradicate cobalt from their batteries.

Although fairly little has been announced about exactly how Panasonic plans to eradicate cobalt from its batteries, there a number of promising technologies which it may be pursuing.

For example, lithium-manganese spinel and lithium nickel cobalt aluminum oxide both use significantly less cobalt, and may be easier to alter in order to remove it all together. Other advances in chemistry, such as lithium-iron phosphate may require zero cobalt.

Although the initial challenge is finding the right chemistry, other challenges such as battery stability, safety, and lifespan will all have to be tackled and remedied before the alternative will be accepted for use in commercial vehicles.

One of the most promising potential advances is in the creation of a solid-state lithium battery. These may require no cobalt at all and would work perfectly in cars and other electric vehicles. However, the actual production process and potential costs behind these are unproven.

Is Hope for EVs in Cobalt-Free Batteries?

Cobalt in batteries is not sustainable. The future of EVs and charging will depend on alternative materials.

It is clear that the use of cobalt in batteries is not sustainable. Not only is the resource expensive and likely to run out, but it is also ethically and environmentally negative. This is especially concerning in the electric car industry, where success is based on the sustainability of the products. Businesses like Panasonic will have to continue to make advances in this area if electric cars are ever to become the norm amongst motorists.