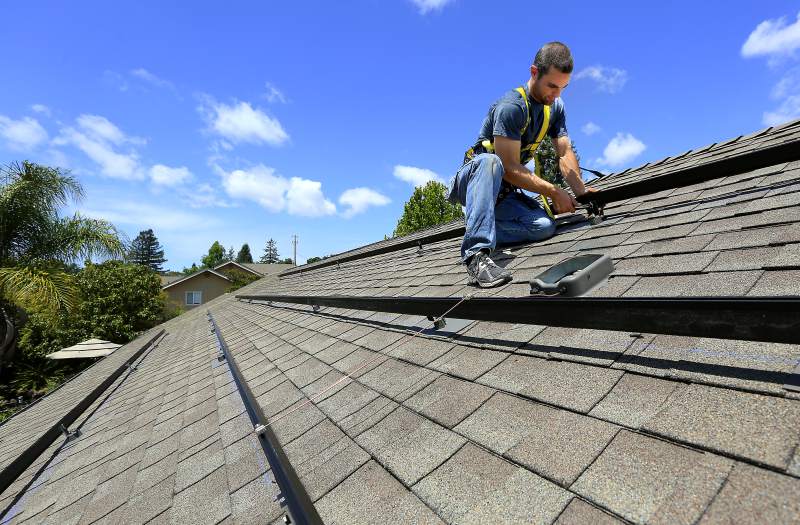 Nearly a decade ago, Sonoma County became the first county in the nation to offer an innovative financing option to encourage homeowners to invest in projects that reduced energy consumption and provided for a cleaner environment. Known as PACE, for property-assessed clean energy, the program made it easier to pay for renewable and energy-efficient upgrades by allowing homeowners to finance these projects through their property taxes. This program was designed to provide a vehicle for promoting important public policy initiatives, without using tax dollars or tax credits.

The Sonoma County program, known as SCEIP, was launched after California passed the most comprehensive legislation in the country to address climate change, with the goal of improving the environment while maintaining a robust economy. The fact that these pioneering programs were birthed in California was no accident.

The Golden State has long been a leader in addressing climate change, one of the most pressing challenges of our time. Residential PACE programs have now been approved in more than 50 California counties and have spread to Florida and Missouri. In California, the program has been expanded to support other public policy initiatives, including water conversation and seismic retrofits.

But now this program is in jeopardy of collapsing under the weight of new regulations. Losing PACE would have the unfortunate effect of eliminating strong economic and environmental benefits for our region.

To date, Sonoma County’s PACE programs, including our company, Ygrene — founded here in Santa Rosa — have collectively funded more than $60 million in energy efficiency, water conservation and solar upgrades. California PACE programs have now provided more than $3 billion in financing to homeowners who would have otherwise been forced to turn to less convenient and/or more costly financing options. Nearly 200,000 residential and commercial projects have been completed to date, with dozens of hotels, schools and churches among them.

The new regulations, promulgated by the state Department of Business Oversight, place overwhelming burdens on contractors, who are already licensed and regulated by the state, and PACE administrators, who are simply under contract to provide program services to local governments. The effect of the regulations, current and prospective, is to make the process of obtaining approval for financing more difficult for homeowners. This will lead more people to complete cheaper, often less-efficient projects and to use costly, short-term and even revolving debt to pay for them.

The regulations are being pushed by a triad of bankers, credit unions and real estate interests interested in preserving their market share and keeping new competitors, like PACE, out of the marketplace.

Since its inception, the value of PACE has been its convenience and affordability. PACE has been convenient because application approval times have been comparable to those of higher-cost unsecured lenders. PACE has been affordable because rates are low, and the financing can be spread over the useful life of the improvements, which can be 20 years or more. PACE administrators have also provided extra value to homeowners by actively policing the quality of work provided by contractors, a rarity in the home improvement finance industry. While the vast majority of home improvement contractors are committed to quality work, there are always exceptions. These exceptions have provided an avenue of attack for PACE competitors.

While PACE administrators have supported recent laws that deliver greater consumer protection and oversight of PACE as compared to other forms of financing, there is a calculated push by non-PACE lenders to shape legislation that denies access to PACE financing for many homeowners.

Although not the intent of the legislators, this effort to deny access to PACE would have the unintended consequence of threatening the very existence of the program in California. Renew Financial and Renovate America, two of California’s large PACE administrators, have already enacted significant layoffs. We at Ygrene have had to significantly reduce hiring locally. Ultimately, the impact will be most felt by the people who live and work in the communities that we serve. For moderate income, working-class families and small-business owners, the consequences will be felt tenfold. Put simply, one of the most-affordable financing options and one of the most-valuable tools for promoting local policy initiatives will no longer be available.

Given that PACE has helped to create tens of thousands of jobs within California and helped reduce millions of tons of carbon emissions, this legislation is especially disheartening. It is even more disappointing to think California, a state that has been a leader in resiliency, efficiency and renewable energy, would threaten to end one of the few programs that has been a proven mechanism for meeting these challenges, creating jobs and saving money for its residents.