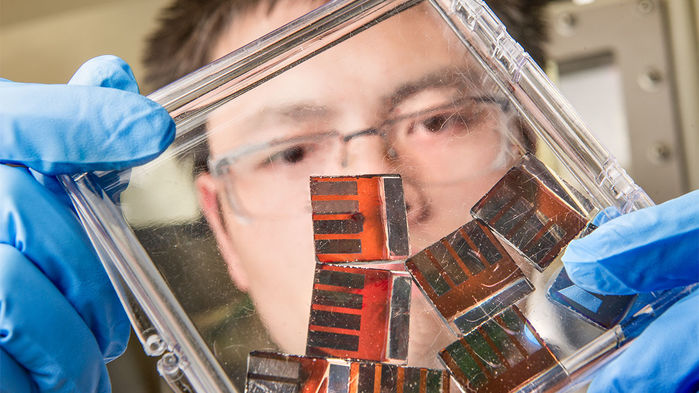 Since it was first funded in 2009, the Advanced Research Projects Agency-Energy (ARPA-E) in Washington, D.C., a U.S. Department of Energy (DOE) program aimed at using government funding to push promising technologies from the laboratory into the marketplace, has been headed by scientists bearing doctorates in fields such as chemistry and engineering. Now, President Donald Trump’s administration wants a lawyer and energy investor to take over.

This week, the White House announced that Trump intends to nominate S. Lane Genatowski, a Houston, Texas–based investment adviser, to be ARPA-E’s next director. If confirmed by the Senate, he would become ARPA-E’s third director. (It has had several interim leaders.)

The 10 July announcement is prompting questions about the direction ARPA-E will take under Trump—and whether someone with Genatowski’s experience is equipped to lead a small, tight-knit agency where discussions can touch on the latest developments in fields as diverse as nuclear fusion and batteries.

“Historically all the directors of … ARPA-E have [had] strong technical backgrounds,” says chemist Ellen Williams of the University of Maryland in College Park, who served as the agency’s second director under former President Barack Obama from 2014 until early 2017. So Genatowski would be a departure, observers say. And although his background could be helpful in evaluating which technologies might appeal to investors, his apparent lack of technical expertise could be a weakness.

“Based on his background it doesn’t seem like a good fit to the job, and it is an important job,” says David Hart, a science policy expert at George Mason University in Arlington, Virginia, who has studied ARPA-E. Judging both a technology’s technical and commercial potential, he notes, is “very challenging. … The nominee seems to have some knowledge about energy markets but not really the technical background.”

Genatowski is a founder and partner at Dividend Advisors. The company’s website describes it as focusing on investments in utilities, real estate, and railroads. Genatowski previously worked as an investment banker for companies including J.P. Morgan Chase, Bank of America, and Wells Fargo, according to a White House press release and the company website. (Genatowski could not be reached, DOE did not respond to a request for comment, and ScienceInsider was unable to reach former coworkers.)

The nomination comes as ARPA-E, which has had a bumpy history since Congress created it in 2007 under then-President George W. Bush, is being buffeted by uncertainty. The Trump administration has proposed eliminating it, but Congress has refused and actually boosted its funding this year to $353 million.

Modeled after the military’s Defense Advanced Research Projects Agency, ARPA-E recruits top researchers in various fields to work inside the agency as program directors for 3- to 5-year stints. In the past, Williams says, the director has played an integral role recruiting program directors. And an agency head who lacks a strong scientific reputation could find it harder to lure talent, says Pierre Azoulay, an expert in research management at the Massachusetts Institute of Technology in Cambridge. Azoulay served on a National Academies of Sciences, Engineering, and Medicine committee that published a 2017 report that evaluated and praised ARPA-E’s work.

Efforts to recruit top talent are “more likely to be effective if they come from someone who commands their respect based on their accomplishments from a technical standpoint,” Azoulay says. “That would be the thing that would worry me [about Genatowski].”