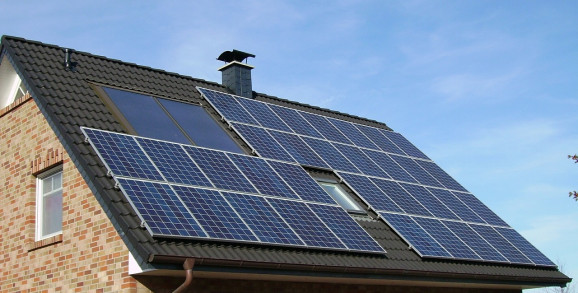 Blockchain technology has been disrupting the energy sector for several years now. WePower and Screems are just a few of the projects bringing distributed ledger technology to the industry.

Today, blockchain energy startup the Enosi Foundation has jumped into the fray with the launch of its live energy trading platform. This blockchain-based system lets users share in the value of renewable energy and opens up energy trading to consumers.

That means many communities don’t have access to clean energy. Others, admittedly in the minority, have a surplus of energy that returns to the grid at standard utility-set rates. The Enosi Foundation wants homes and businesses that produce excess renewable energy to be able to share their excess with those who want it.

How does the platform work?

“Consumers will need to shift their supply contract to the common electricity retail supplier and sign up to the Enosi platform,” Enosi CEO Steve Hoy told me. “They can then set their trading preferences and prices (with their selected peers) or nominate their buy or sell prices. The metering data from both buyers and sellers is matched against their agreed trades, and the net result passed on to the retail supplier. The supplier then credits or debits the monthly bill with the net results of the P2P trading.”

But why put this on the blockchain? Wouldn’t a more traditional “sharing economy” platform achieve the same goal?

“Blockchain technology applies to the trading of electricity to ensure that the same unit of energy is not sold twice, in much the same way that Bitcoin solved the double-spend problem, by ensuring that all parties to a transaction have access to a shared ledger of meter readings and the agreed trading rules,” Hoy said. “In the absence of such transparency, the parties would have to rely on some centralized authority to measure and apply the required data, adding a layer of handling and complexity and creating the potential for disputes over the transactions.”

Those centralized authorities, however, are famously protective of their market position.

“Sure, there is a risk that the large oligopolies exercise their market power to try to delay the democratization of energy,” Hoy said. “But our view is that the seeds are sown already with the ongoing reduction of distributed renewable energy costs, and the undeniable economics of shifting energy production (particularly solar PV) to the grid edge. All the big players can feasibly do is implement these schemes themselves.”

With that in mind, Enosi has kept its business plan fluid and flexible so it can respond to all the possible outcomes.

“Enosi’s play is to design a solution that works with or without the cooperation of these incumbents and does not require regulatory change to get a foothold,” Hoy said. “In addition, the solution provides benefits to small retailers wishing to back community schemes, enabling them to compete with the larger players through lower customer acquisition costs, low-cost transactional systems, and improved risk management.”

“Enosi is raising capital through an access token generation event and sale in the third quarter this year,” Hoy said. “We continue to build out our partner network with relationships developing in a number of competitive retail electricity markets, such as Japan, Australia, the U.S., and Canada. Our platform build will go into full production in Australia later this year and next year be extended to replace existing retail functions of billing and meter data management, as well as adapting to the other jurisdictions we are operating in.”