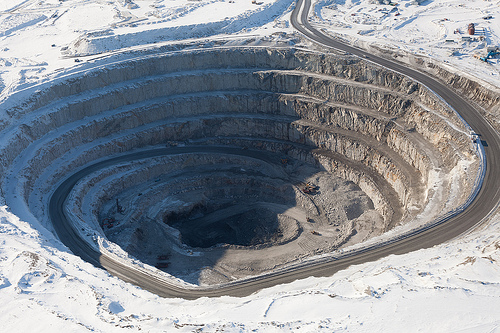 Nickel has rebounded to its highest in a week as investors scrambled to buy at levels they regarded as cheap after steep losses amid fears of a trade war.

Thursday’s rise came after the metal, used in stainless steel and a key ingredient in electric vehicle batteries, had shed 14 per cent from early June to touch a two-month low on Wednesday.

“Nickel has a strong fundamental story and I think the view of investors was that after a near $US2,000 pull-back, it was approaching territory that, irrespective of that macro noise, was an attractive entry point,” said Nicholas Snowdon, metals analyst at Deutsche Bank in London.

“This was in particular for the Chinese investor base, where many are hard-core nickel bulls.”

Nickel was the biggest gainer on the London Metal Exchange on Thursday, climbing as much as 3.8 per cent to $US14,410 a tonne, its highest in a week.

Three-month LME copper climbed 1.3 per cent to finish at $US6,227.50 a tonne after steep losses in the previous session took prices down to their weakest since July last year at $US6,081.

“We have seen the liquidation of a very large long position in China. With that out of the way, that creates a relatively clean positioning picture,” Snowdon said.

Gains in copper were capped by concern about rising supply after Indonesia on Thursday struck an agreement with Freeport-McMoRan Inc and Rio Tinto to buy a controlling stake in the world’s second-biggest copper mine, Grasberg.

“We believe that the agreement will increase the security of copper concentrate supply on the world market,” Commerzbank said in a note.

BHP handed in a proposal for a new labour contract to the union at its Escondida mine in Chile, the world’s biggest copper mine.

Stephanie Aymes, head of technical analysis at Societe Generale, said in a note that lead had confirmed a bearish head and shoulder pattern.