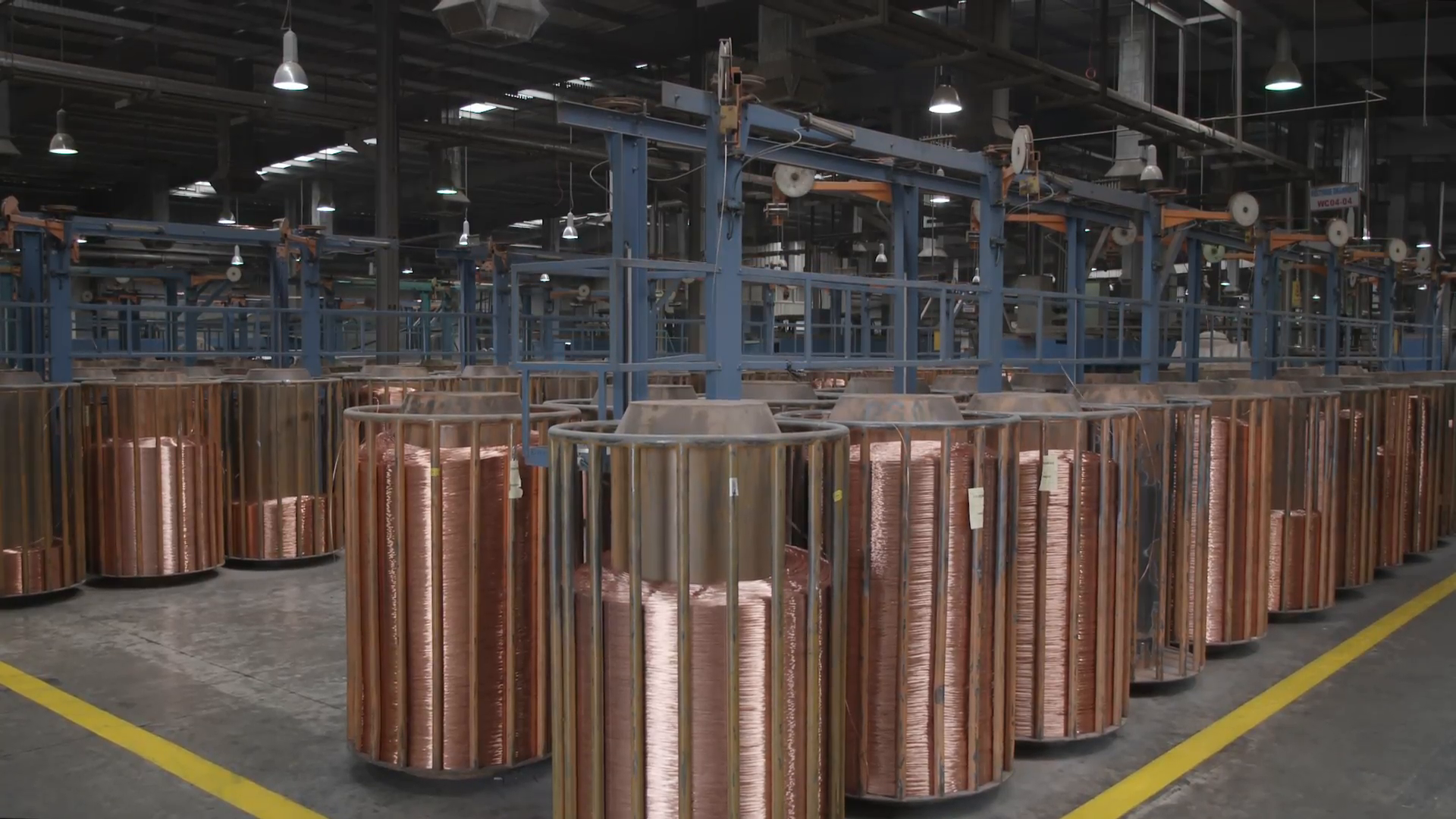 London copper slid on Friday and the market was set for a fifth consecutive week of losses on concerns about weaker demand amid a U.S.-China trade row.

“We had already seen the slowdown in demand which is now being exacerbated by the trade war or rhetoric around tariffs,” said Guy Wolf, global head of market analytics at Marex Spectron in Singapore.

“We have seen the bulk of the decline in prices but it might be little early to think that it is all over.”

LME copper has fallen more than 15 percent in five weeks of losses.

TRADE WAR: A trade war between Washington and Beijing has raised concerns over demand in top industrial metals consumer China.

TARIFFS: The Trump administration said it would slap 10 percent tariffs on another $200 billion worth of Chinese imports, raising fears the festering trade dispute between the world’s two biggest economies could hit global growth.

TALKS: U.S. Treasury Secretary Steven Mnuchin said on Thursday the United States and China could reopen talks on trade but only if Beijing is willing to make significant changes.

CHINA GROWTH: Analysts have raised their 2018 growth forecasts for China’s economy, a surprising result given an escalating trade war with the United States, as they see a deleveraging drive and pollution crackdown having less of an impact than initially expected.

FREEPORT: Copper prices are being pressured by concern about rising supply after Indonesia on Thursday struck an agreement with Freeport-McMoRan Inc and Rio Tinto to buy a controlling stake in the world’s second-biggest copper mine, Grasberg.

ESCONDIDA: BHP handed in a proposal for a new labour contract to the union at its Escondida mine in Chile, the world’s biggest copper mine. Copper prices had gained earlier in the year on worries about possible strikes affecting major copper operations.