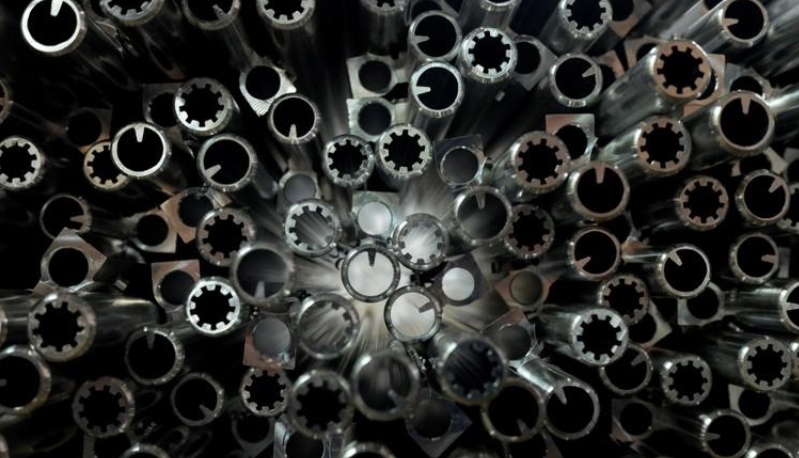 China’s aluminum exports exceeded half a million tonnes for only the second time ever in June while steel exports hit an 11-month high, as strong international prices and a weak yuan meant shipments continued to defy U.S. tariffs.

China is the world’s top producer of steel and aluminum, which have been subject to 25 percent and 10 percent import tariffs, respectively, in the United States, since March 23.

Its ability to keep exports of both metals buoyant even amid these tariffs is likely to frustrate Washington, which imposed the duties to protect U.S. industries and has called on China to rein in excess capacity.

UBS analyst Lachlan Shaw said anecdotal evidence suggests U.S. companies are still buying aluminum from China – even with the tariffs – because U.S. smelters have not ramped up output.

He noted aluminum prices in the United States and Europe were strong, whereas they had weakened in China.

“The arbitrage is open, there is metal available. All the factors are in place for that export trade to continue and obviously it has done,” he said.

U.S. sanctions on Russian aluminum producer Rusal have “impacted metal availability” in Europe, “so that’s certainly going to be drawing a bit of demand out of China,” Shaw added.

Meanwhile, China’s steel product exports for June climbed 1.9 percent year on year to 6.94 million tonnes, their highest since July 2017. They also nudged up from 6.88 million tonnes in May amid higher output in the second quarter and stronger global prices.

Richard Lu, an analyst at CRU in Beijing, noted that the direct trade volume for Chinese steel exports to the United States was “very small,” so the March tariffs had only a “limited impact.”

On July 10, however, a range of steel and aluminum products were targeted in another list of tariffs that the United States has threatened to slap on $200 billion worth of goods from China, which has vowed to respond.