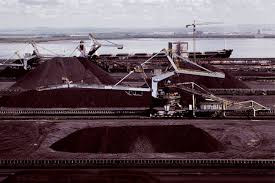 Transnet SOC Ltd has taken over operations at an inland terminal for the loading and handling of manganese at Lohatlha in the Northern Cape. The terminal which is situated about 100km from South Africa’s manganese belt in the Hotazel area is specially designed to service emerging mines.

The move to operate an inland terminal will position Transnet to strategically reconfigure one of the critical logistics channels by allowing emerging miners to pile and load manganese onto rail instead of using road.

Transnet took control of the terminal as of the beginning of July 2018, five years after it was operated by a private operator, SAFreight Logistics (Saflog). Saflog’s contract to operate the Lohatlha terminal came to an end in May 2018.

The manganese terminal will be operated by one of Transnet‘s operating divisions, Transnet Port Terminal (TPT) with the commodity transported through Transnet Freight Rail (TFR) networks to the ports.

The Lohatlha terminal is the biggest inland terminal out of the three operated by TPT. The terminal handles about 1.8 million tons of manganese per annum which could reach up to 2 million tons at full capacity.

Commenting on this new development Gert De Beer, Chief Business Development Officer at Transnet, said: “Transnet is continuing to positioning itself as a lead solutions provider, where customers can benefit from a one-stop and reduced cost solutions in a quick and efficient way. Operating cargo aggregation and consolidation for effective rail transfer, not only in coastal ports but also in inland terminals, demonstrates Transnet’s ability to apply its core competencies innovatively as we continue to connect the region. ”