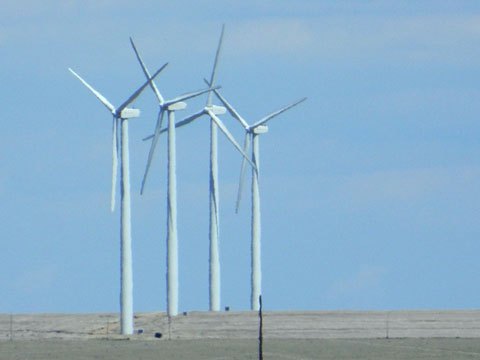 Lamar Light Plant Superintendent, Houssin Hourieh, noted that wind turbine performance has increased through the first half of 2018, during the Lamar Utilities Board meeting on Tuesday, July 10th.

The superintendent displayed two sections of cable which had been fried by an electrical surge. The told the board that the line crew replaced 400 feet of underground 3 phase, 4KV circuit that feeds a section of Dragon Incorporated situated along the Lamar Canal in the industrial park. “Just a small amount of water through a pinprick hole caused the fault,” he said, adding there’s a lot of water along the conduit and the cable was probably a portion of the original installation when Neoplan USA was constructed in 1981.

The board approved an irrigation contract with Ron Peterson LLC for an 83hp irrigation pump which is newly installed to a sprinkler system. Peterson will be charged $10 per horse power for a minimum annual payment of $830, coupled with an $18 monthly service charge. The irrigation well is located above the Amity Canal.

The board approved bid #1968 for pole mount transformers, approving the recommended staff bid for Stuart Irby. The total bid amount was $13,644.60 with a delivery date of seven to eight weeks. Irby was the lowest bidder of five suppliers.

The superintendent gave a brief update on Power Purchase Agreement negotiations with ARPA and the proposed buyout of bonds by Tri-State G & T. He explained that La Junta, an ARPA member has some issues with financing the costs of taking down their power plant and discussions over a series of long-term contracts for power purchases with WAPA are also in the mix. Hourieh felt that discussions on the settlements should be concluded by sometime in August. The next LUB meeting will be held July 24th at Noon.