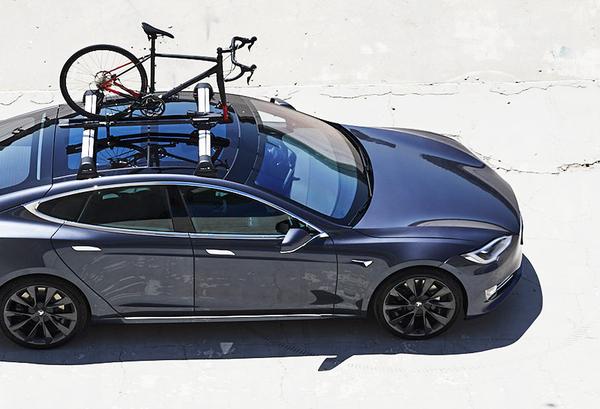 As Elon Musk alludes to battery breakthroughs at Tesla, a larger question arises: will batteries really “fuel” our automotive future? According to Bloomberg, “For an energy source that’s been around for three decades, the lithium-ion battery is only just hitting its stride.”

“We are at an inflection point. Each year will beat the previous year,” explains Ravi Manghani, a Boston-based storage analyst at GTM Research. “It’s definitely an ‘oh wow’ moment.”

Bloomberg reports, “The future of the battery is going to be driven by the car. Surging demand for lithium-ion batteries, boosted by uptake from automakers, has created efficiencies of scale that have sent prices plummeting. Last year alone, the price of battery packs fell 24 percent, according to Bloomberg New Energy Finance. These cost declines, in turn, are encouraging the continued expansion of battery power … that will only accelerate.” Looking back, “[lithium-ion] batteries first began appearing in electric vehicles in 2006. But it took until 2014, when automobiles accounted for nearly 15,000 megawatt-hours, for vehicles to exceed a 25 percent share of the world’s total lithium-ion supply, according to Avicenne data. Between 2014 and 2017, electric vehicles’ use of lithium-ion more than quadrupled to more than 71,000 megawatt-hours, with a similar jolt forecast by 2023.”

Furthermore, “Electric vehicles reached 50 percent of lithium-ion demand in 2016, although it inched past consumer electronics for the first time the year prior, according to Avicenne data. With electric-vehicle sales rising and demand for smartphones slowing, the gap will only grow wider.” Christophe Pillot, a partner and director at Paris-based Avicenne Energy, puts this all into perspective: “One million cars consume the same amount of lithium-ion batteries as everything else.”

Accelerating this change are certain political and policy leaders. “Some governments, mindful of climate change and carbon-dioxide emissions, are taking steps to boost demand. California wants five million electric vehicles on the road by 2030, and the state is essentially mandating that automakers either sell EVs or pay for zero-emission credits. China wants 7 million electric cars onto the road by 2025 and modeled its electric-car mandate on California’s program; BNEF expects China to account for nearly half of the global EV market by then.”

Could batteries become the world’s new oil? According to Bloomberg, “the rise of electric vehicles and renewable-energy sources may mean that some crude may stay in the ground. BP last year said battery-powered vehicles could flatten projected oil-demand growth from cars in the next 20 years.”