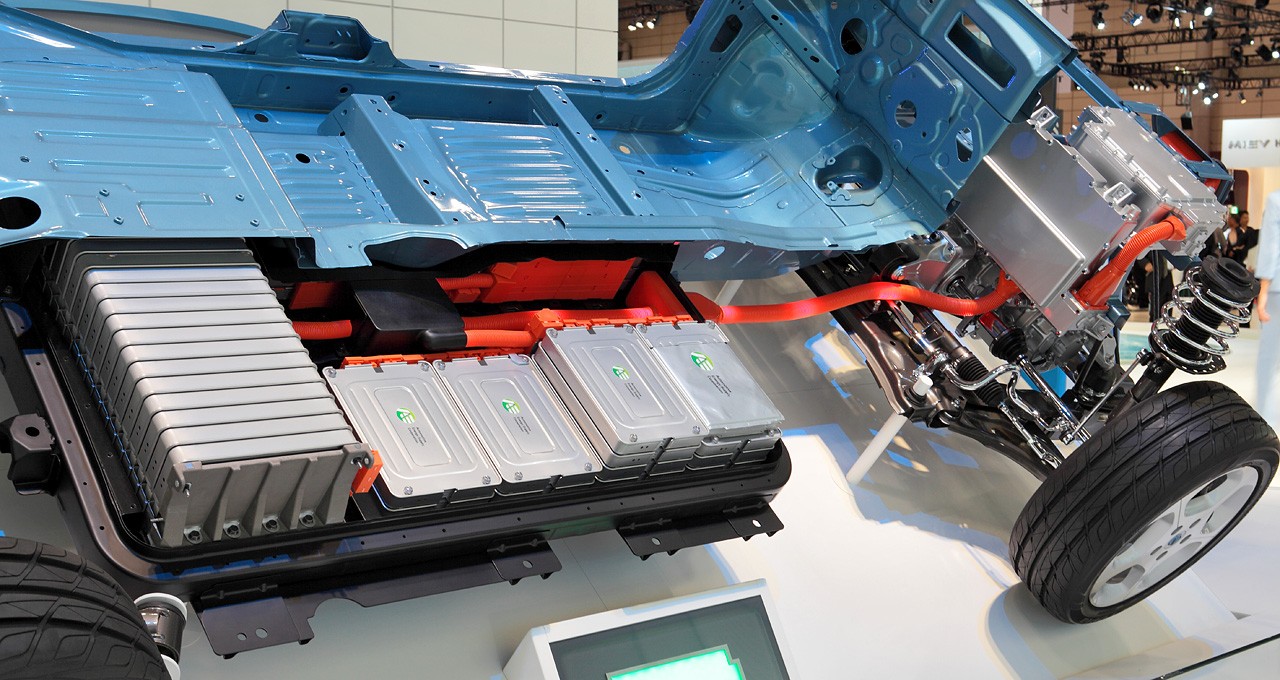 As transport goes electric, what will happen to used batteries? Experts explore options to give lithium-ion batteries a second life.

By 2020, demand for lithium-ion batteries from the automotive sector is expected to overtake that of consumer electronics.

By far the biggest driver of this increase is China, which plans to sell 35 million electric vehicles by 2025. Consider that in 2017 the entire global fleet of electric vehicles totalled just 3.7 million according to the International Energy Agency.

But as lithium-ion batteries (a type of rechargeable battery) find their way into millions of electric vehicles, and push into new markets such as electricity storage, is the recycling industry prepared for the coming glut of used batteries?

The electric vehicle market is expected to grow significantly in the next decade.

The United States market is also experiencing sustained growth. It has been reported that electric vehicle sales grew on average by 32 per cent between 2012 and 2016, and that by 2025, electric vehicles may account for 20 per cent of all passenger vehicles sold in the US, up from just over 1 per cent in 2017.

If the world is ever to get to 100 per cent electric vehicle penetration, then recycling is a necessity.

Europe is going electric too. France and the UK will ban the sale of new diesel and petrol cars by 2040, and Germany is leading the way with a ban proposed for 2030.

A Tesla Model S uses more lithium in its batteries than 10,000 smartphones, according to an estimate by Goldman Sachs. As more batteries are used in electric vehicles and for grid-scale electricity storage, demand for lithium-ion batteries will increase.

“We expect the global Li-ion industry to grow from 100 gigawatt hours of annual production to almost 800 gigawatt hours in 2027,” says Sam Jaffe, managing director of Cairn Energy Research Advisors, a battery consultancy. “That’s nearly an eightfold increase. Stationary storage will account for less than 8 per cent of that. The vast majority will go into cars,” he adds.

The growing demand for lithium has seen prices more than double between 2016 and 2018, according to Morgan Stanley.

But the mining of lithium has major environmental impacts. Lithium is extracted from salt flats in countries such as Bolivia and Chile, and toxic substances are used to remove it from the ground.

The techniques we currently have for recycling lithium-ion batteries are not efficient enough. “Usually they are melted down into a slag and then the cobalt is recovered,” says Jaffe. “There is no method currently in use to recover the lithium. Eventually, that will need to be done.”

Recycling lithium, and other components of lithium-ion batteries, would be one way to curb demand for new materials, and mitigate the negative impacts of extraction.

As it stands, there is no clear picture of the amount of lithium-ion battery recycling that is done globally. A high percentage of the lithium-ion batteries used in the past decade are found in small consumer devices like phones and are typically disposed of with the devices.

Most electric vehicles are yet to reach the end of their operating lives. The first modern, all-electric car powered by a lithium-ion battery, the Tesla Roadster, was first sold to customers in 2008. This means the first generation of electric vehicle batteries have not got to a recycling stage yet, but the clock is ticking.

In Europe it is estimated that 5 per cent of lithium-ion batteries are recycled, but the rate of recycling varies across regions and sectors. In Europe, North America and Japan, there are projects looking to develop effective recycling technologies, with companies in the United States and Canada leading the way.

Todd Coy is vice president of Retriev Technologies, a company that owns and operates two lithium-ion battery-recycling facilities in North America; one in Trail, British Columbia and another in Lancaster, Ohio. The Lancaster facility was partly funded by the US Department of Energy, and it has been built specifically to recycle batteries from plug-in hybrid and all-electric vehicles.

Coy predicts that the larger batteries used in EVs and grid-scale storage will be easier to recycle in future, and as they become more widely used they will take up a larger proportion of lithium-ion battery use worldwide.

“Smaller, post-consumer lithium-ion batteries will continue to end up discarded, or in kitchen drawers, and stay with their devices, whether it is a portable tool or electronic device,” says Coy. “Larger batteries used in hybrid and electric vehicles or energy storage should see a higher recycling rate due to their size and will not be easily discarded.”

Belgium-based mining company Umicore also operates a pilot battery recycling facility, which can smelt 7,000 tonnes of batteries each year. At the moment, this is enough to keep up with demand, but the company expects volumes to increase.

“Massive volumes of spent batteries will start coming on to the market for recycling around 2025,” says Marjolein Scheers, a Umicore spokeswoman. “We expect volumes to be higher than 100,000 tonnes per year in the next decade.”

It is difficult to develop a standard procedure to recycle lithium-ion batteries because their chemical composition varies so much. Some are developed for their power, some for energy density, and others for their longevity. Compared to other types of batteries, such as lead acid, this variety makes lithium-ion battery recycling much more complicated, and therefore expensive.

There is also the issue of how much energy to put into the recycling process. Mechanical separation takes less energy and time but limits what can be recovered. Using chemical separation, cells are dissolved and chemical methods used to separate out materials. Another method is to grind batteries into a fine powder before then putting the mixture through various stages of separation, which takes the most effort. However, none of these methods fully recycle the battery.

The EU currently requires electric vehicle batteries to be recycled at the end of their life. “Right now, they just melt down the batteries, recover what little cobalt is in them and then throw the slag into landfill,” says Jaffe. “The letter of the law is followed, but the spirit clearly isn’t.

“What is really needed is for new recycling methods to be developed and industrialised that make recovering the lithium affordable,” he says. “Many efforts are under way to figure that out. Eventually, some of those methods will prove to be successful and a more thorough recycling industry will become established.”

Another option is to prolong the working life of batteries by repurposing them. One example is to use high performance electric car batteries, which are removed from vehicles before they stop working altogether, to store electricity.

The most likely use of second life batteries at the moment is in home energy storage. But there is a problem because they become less energy dense with greater usage and so cannot hold as much energy as they used to. This means you need more of them to store as much energy, taking up more physical space and raising costs. Also, manufacturers cannot guarantee their performance as easily as with a new battery.

One pioneer of the second battery market is Nissan. In March 2018, it announced a project to use batteries from their LEAF electric cars to store energy for off-grid streetlamps. Attached to a solar panel, the second life batteries charge during the day and power streetlights at night in the Japanese town of Namie. Full-scale installation is expected at the end of this year.

If manufacturers like Nissan can find a market for these batteries, then it is likely they will have an important future role as more homeowners produce their own electricity off-grid and manage their power supply and demand.

Between 2009 and 2016, battery costs were cut by a factor of four, according to the International Energy Agency, so this kind of progress could be reflected in second life batteries in the future too.

“For the very long term,” says Jaffe “if the world is ever to get to 100 per cent electric vehicle penetration, then recycling is a necessity. But that’s many decades in the future.”