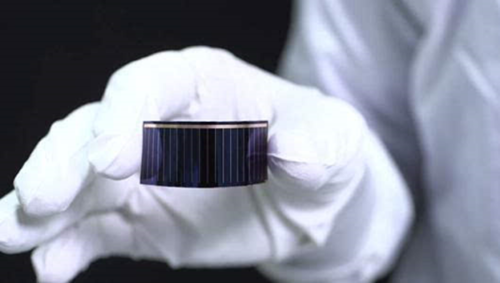 Alta Devices first broke the record for GaAs single-junction cells in 2010 and has since then broken five conversion efficiency records. The recent one being Alta’s GaAs solar conversion rate of 28.9%, so far the highest efficiency in the world as rated by NREL.

“Our latest milestone for utmost solar efficiency represents a breakthrough in Hanergy’s vision for the future of solar energy applications. More so, at Alta Devices, we believe that with fast-tracking trend towards autonomous machines, it’s highly imperative to have sources of power that can be replenished without the interruption. We’re aligned with our goal to continue to produce thin-film solar batteries with efficiencies par-excellence to lead the progressing trend towards autonomous machines,” said Ding Jianru, CEO of Alta Devices.

In 2014, Alta Devices, a California-based company became a subsidiary of Hanergy. Extremely efficient, light and flexible, Alta Devices’ GaAs thin-film solar panels have been successfully applied to a range of different products.