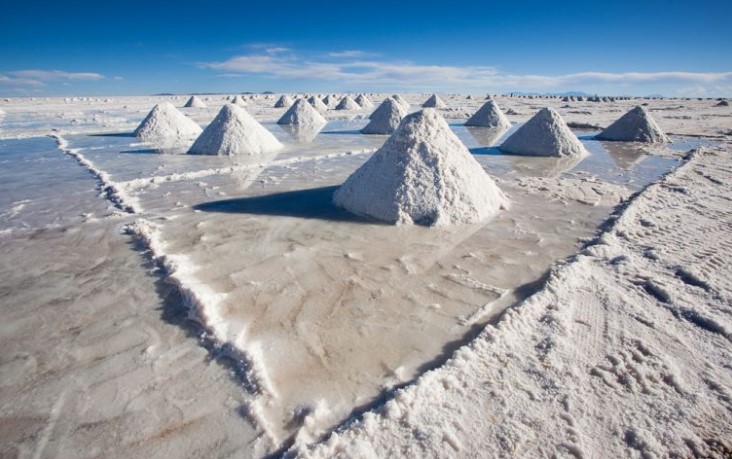 Bolivia, known to have the largest reserves of lithium, has offered the metal –used in making batteries of electric vehicles, laptops and smart phones– to India. Ambassador to India, Sergio Dario Arispe Barrientos, said Bolivia has the largest deposit of Lithium and India could explore this opportunity.

Barrientos said his country is willing to sign a Preferential Trade Agreement (PTA) — a pact between countries that provide preferential access to certain products by lowering tariff and other conditions — with India for select goods.

Terming Indian Prime Minister Narendra Modi as somebody respected in the international community for a host of measures being taken by him, the Bolivian ambassador said he expects him to explore Latin America more to create a win-win situation for both the countries.

”We have the largest Lithium reserves. We would like India (both the government and the private sector) to explore this opportunity,“ he told the Indian media.

Bolivia can become a strategic partner to India in providing the resource, Barrientos said.

Referring to reports that India was looking at an all-electric car fleet by 2030, the ambassador said in the years to come Lithium will become a very important commodity.

”I think the sooner we consolidate the links with particular countries, which have markets, I think it would be better in way of ensuring your needs (of meeting supply demands of Lithium),” he said.

In line with its aspiration to achieve 100% electric vehicle (EV) sales by 2030, India can rise among the top countries in the world in manufacturing batteries. India’s market for EV batteries alone could be worth as much as US$ 300 billion from 2017 to 2030.

“India could represent more than one-third of the global EV battery demand by 2030 if the country meets its goals for a rapid transition to shared, connected, and electric mobility,” the report said.

Barrientos, who is also known as ‘the Lithium Ambassador’ among many, said India must push forward in Latin America with stronger objectives.

“I think you will be surprised how we receive you,” he said, suggesting an all-favorable atmosphere for Indian industries in Bolivia.

Asked whether it will not be expensive to ferry Lithium from Bolivia, he said most commodities travel throughout the world.

”I think these imaginary seas cannot limit us how we see the world. I think considering the two-digit growth India aims to achieve there is no other way (than to engage itself in more countries like Bolivia),“ Barrientos said.

He said China is already acquiring Lithium from Bolivia.

The ambassador said Bolivia is trying to have the PTA with India to cater to markets in each other’s country.

”We have already sent a letter that we want to start the negotiations on the PTA. We are still waiting to hear back from them. I understand it takes time. These things don’t start just like that. But the first step has been taken,“ Barrientos said.

However the ambassador pointed out to the fact India does not have its embassy in Bolivia. ”We still don’t have an embassy of India in Bolivia. We have a concurrent embassy. If India wants to be the world’s largest economy, it needs to have a presence everywhere,“ Barrientos said.

”A country as large as yours needs to be everywhere on the ground because it is the only way of understanding in depth possibilities of increasing both economy and bilateral relations,“ he said.

The Indian Embassy in Lima is concurrently accredited to Bolivia since April 1981.

”China has an embassy, which they opened several decades ago. It is the key means to understand the realities of the countries,” he said.