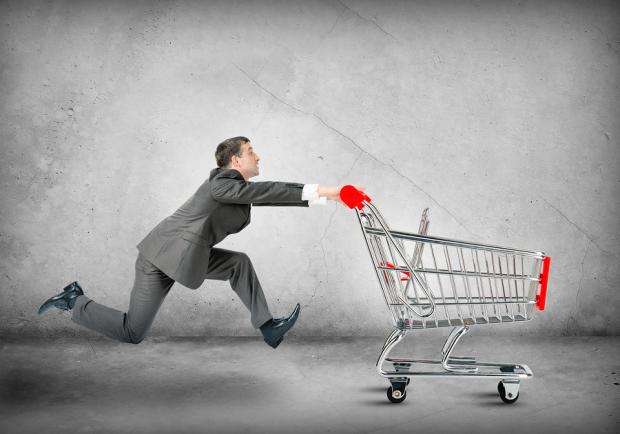 FMC Corporation has been performing well of late. The chemical company has seen its shares pop around 17% over the past three months, outperforming the industry’s 3.6% rise. The price performance has been backed by strong first-quarter results and the company’s upward guidance revision for the full year. With strong fundamentals and solid long-term growth prospects, this stock can be considered a solid bet now. 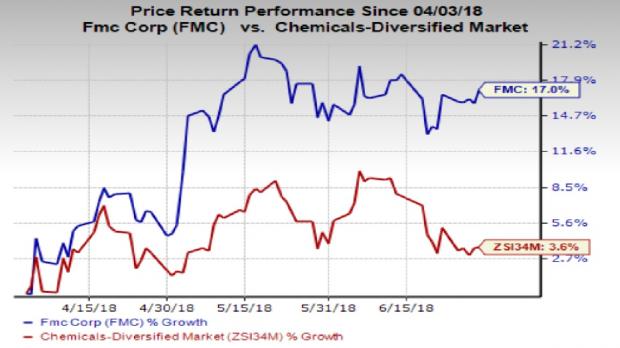 What’s Working in Favor of FMC?

FMC Corp is witnessing strong momentum in its Lithium unit as demand for battery-grade lithium product remains strong. A significant long-term driver for the lithium business is the expected rapid adoption of lithium-ion batteries in electric vehicles. The company’s expansion of lithium hydroxide in China and price increases of roughly 30% on hydroxide nearly doubled the Lithium segment’s profitability year over year in the first quarter.

The company raised revenue estimate for the Lithium segment for 2018 on the back of strong performance in the first quarter. FMC Corp now expects full-year revenues in the range of $430-$460 million (up from the previous range of $420-$460 million). The company also stated that the plan to separate listing of its Lithium unit in October this year also remains on track.

Acquisitions are also adding strength to the company’s agricultural business. The acquisition of a major portion of DuPont’s Crop Protection business has provided a significant growth platform for FMC’s Agricultural Solutions unit. The buyout significantly increases the company’s presence in Asia and Europe.

Notably, the company’s revenues for the Agricultural Solutions segment jumped a whopping 109% year over year in the first quarter, mainly driven by the DuPont asset buyout. FMC Corp raised the revenue expectations for 2018 for the segment to the range of $4.05 billion to $4.25 billion from its prior view of $3.95 billion to $4.15 billion.

Positive Earnings Surprise History: FMC Corp has an impressive earnings surprise history. It has outpaced the Zacks Consensus Estimate in each of the trailing four quarters, delivering a positive average earnings surprise of 8.2%.

Superior Return on Equity (ROE): FMC Corp’s ROE of 22.7%, as compared with the industry average of 9.2%, manifests the company’s efficiency in utilizing shareholder’s funds.

Strong Growth Prospects: The Zacks Consensus Estimate for earnings for 2018 for FMC Corp is currently pegged at $6.11, reflecting an expected year-over-year growth of 125.5%. The company also has an expected long-term earnings per share growth of 14.3%, higher than the industry average of 10.1%.

Other Stocks to Consider

Other top-ranked stocks worth considering in the basic materials space include Westlake Chemical Corporation, The Chemours Company  and Versum Materials, Inc., each carrying a Zacks Rank #1. You can see the complete list of today’s Zacks #1 Rank stocks here.

Westlake Chemical has an expected long-term earnings growth rate of 12.2%. Its shares have rallied roughly 61% over a year.

Chemours has an expected long-term earnings growth rate of 15.5%. The company’s shares have gained around 17% in a year.

Versum has an expected long-term earnings growth rate of 13%. Its shares have gained roughly 14% over a year.