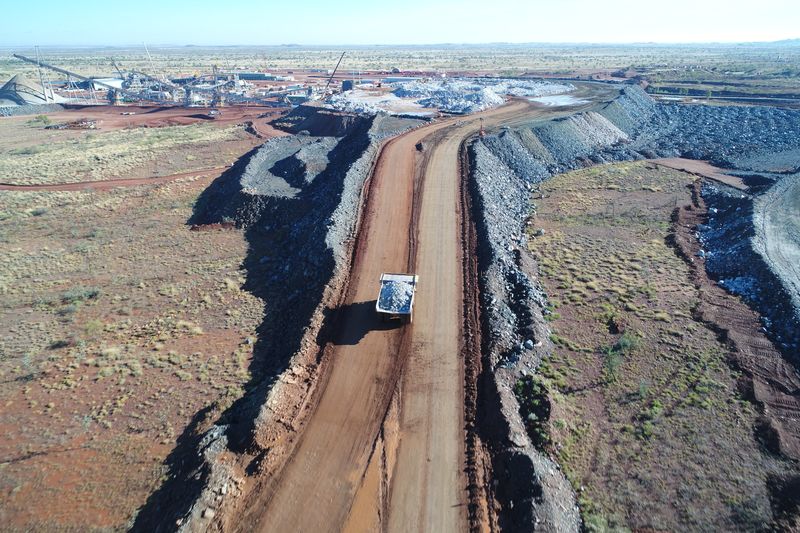 After clinching a deal with a Chinese battery maker in 2016, James Brown figured bankers would be eager to fund his new lithium mine. Altura Mining Ltd. was racing to ship the raw material from Australia to the world’s biggest electric vehicle market as demand was surging.

Instead, while lithium prices kept rising, Brown spent a Christmas holiday cold-calling lenders and jetted around the globe to raise the money. Eventually, Minneapolis-based Castlelake LP, a private equity firm, helped arrange $110 million in bonds. But there was a catch: an interest rate as high as 15 percent, or almost double what banks normally charge for more conventional mining ventures.

“We’d been trying banks we’d known for years,” said Brown, Altura’s managing director, who previously spent 22 years with coal producer New Hope Corp. “They said: Guys we love it, we just don’t have a mandate (for lithium). If you came to us with coal, gold or iron ore, you’d have no worries.”

Despite bullish forecasts for global demand — especially with accelerating production of electric vehicles — lithium may have a funding problem. Banks are wary, citing everything from the industry’s poor track record on delivering earlier projects to a lack of insight into a small, opaque market. Without more investment, supplies of the commodity could remain tight, sustaining a boom that already has seen prices triple since 2015.

Lithium companies will need to invest about $12 billion to increase output fivefold by 2025 and keep pace with the world’s growing appetite for batteries, according to Galaxy Resources Ltd., an Australian producer seeking to build further operations in Argentina and Canada. Developers say that, so far, projects aren’t getting financed fast enough to achieve that leap. 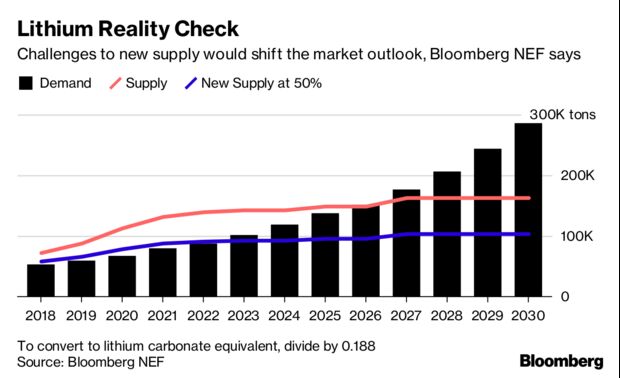 Battery producers and automakers “have absolutely no clue on how long it takes to be able to put a mining project into operation,” said Guy Bourassa, chief executive officer of Nemaska Lithium Inc., which spent about 18 months piecing together a complex C$1.1 billion ($830 million) funding program for a mine and processing plant in Quebec. “There will be a big problem — it’s going to be an impediment” to raising supply, he said.

An “inability to access traditional funds has delayed the development of the sector,” said Richard Seville, CEO of Brisbane-based Orocobre Ltd., which began lithium sales in 2015 from northern Argentina, and experienced difficulty boosting output. “These projects aren’t easy — so the banks just don’t want to go there.”

Part of the problem is that lenders remain cautious of the risk of another commodity slump, Commonwealth Bank of Australia, the nation’s largest bank, said in an August presentation. It declined to comment specifically on the lithium market.

While the amount of debt raised by miners, including loans and bonds, rose in 2017 to about $255 billion, project-specific financing of about $13 billion last year is more than 70 percent lower than in 2014, according to data compiled by Bloomberg. So far this year, about $6.1 billion in total has been issued for projects. 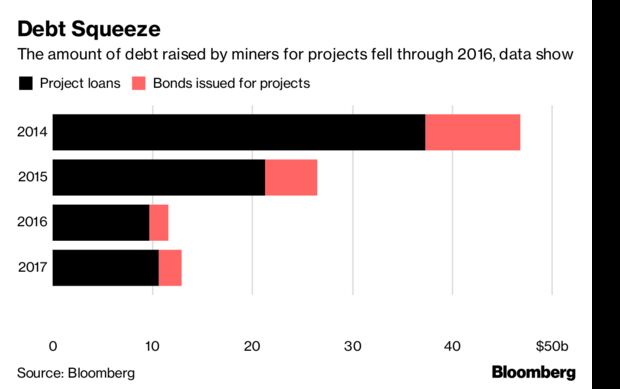 Some new deposits are being developed in riskier emerging markets or countries on the edge of investment-grade credit ratings, such as Argentina, according to Lee Garvey at Marsh & McLennan Cos., an insurance broker that has seen an increase in requests for polices related to lithium projects.

“With lithium, there is the added complexity that there is not much clarity around the end product and what the royalty should be,” Garvey said from Singapore, where he’s head of Marsh’s lenders solutions group, political risks and structured credit in Asia. “This probably makes the whole thing more challenging, particularly in frontier markets.”

There’s also concern about pricing. Australia & New Zealand Banking Group Ltd. has no project finance exposure to lithium. It’s considering opportunities on “a very selective basis given the uncertainty over future prices, exacerbated by the opaque nature of the market, the inability to hedge and forecast oversupply in the medium term, and the small scale of some of the local players,” the bank said in a statement.

It typically takes two years to build a lithium operation and five years to repay the project loan, according to Simon Price, a partner and co-founder at Perth-based Azure Capital Ltd., which has advised miners on financing. That means lenders need confidence in a seven-year outlook for the market, he said.

That price outlook is an industry flash-point. Morgan Stanley says there will be a surplus as soon as next year because of rising output and forecasts lithium carbonate prices to halve through 2021, according to a note. Citigroup Inc. also expects prices to decline as production increases.

But boosting supplies may not be easy. By 2020, it’s possible that only a third of planned new capacity will be available at the processing plants needed to convert mined raw materials into battery chemicals, Orocobre says. Lithium demand is also being underestimated, according to Pilbara Minerals Ltd., a producer starting a mine in Australia.

Some alternative funding sources for lithium have emerged, including hedge funds offering higher-yield debt or credit funds formed to lend to projects. They’re more expensive, but “you build your project and you are in business now when the market is very strong,” Price said. The sector’s biggest players are readying an IPO blitz, in part to fund expansions.

Lithium users also are stepping in with funding. Posco, the South Korean steelmaker that’s ramping up its battery-making business, and Great Wall Motor Co., China’s top SUV producer, have both invested in Pilbara Minerals to speed up project development. Tesla Inc. in May signed a supply deal with Kidman, a boon for the Australian developer as it seeks to finance a mine and plant.

Supply deals and investments with end customers mean lithium projects are being financed differently from traditional commodities, according to Westpac Institutional Bank, a unit of Australia’s second-biggest lender.

Some banks are lending. Perth-based Galaxy last year secured a $40 million general purpose debt facility with BNP Paribas SA. BNP declined to comment on its stance on lithium projects. As new developments begin output, banks will be more willing to refinance loans, according to Azure’s Price. Altura will seek to replace existing debt as soon as August, says Brown.

Still, electrifying the world’s vehicle fleet will require vast sums for new mines, and funding will remain a challenge for smaller companies, according to Nemaska’s Bourassa.

Volkswagen AG alone plans to spend about 50 billion euros ($58 billion) on batteries as it seeks to build electric versions of 300 models. “Imagine how many tons of lithium salts it takes to make those batteries,” Bourassa said.