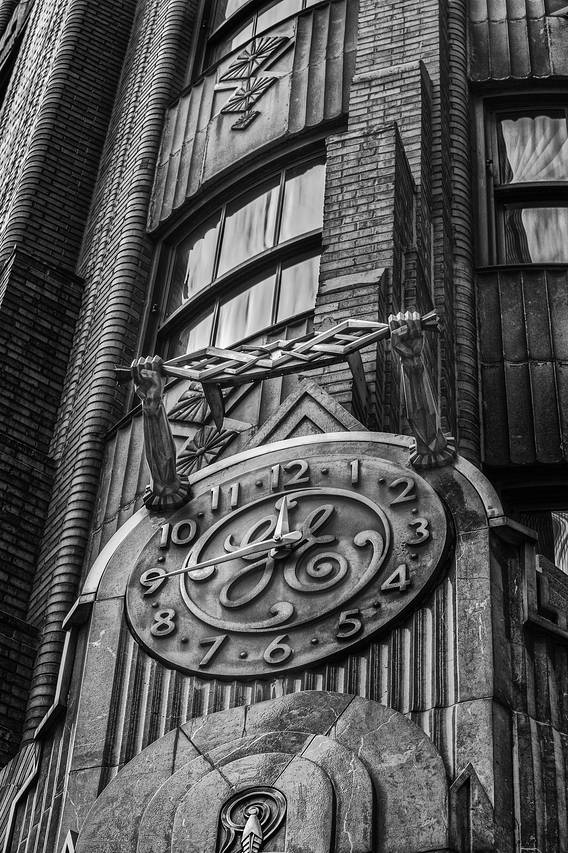 Income investors once counted on General Electric for steady, or steadily rising, dividends. But those days are a fading memory of when it was the bluest of blue chips and, at the turn of the century, America’s most valuable company.

GE (ticker: GE) also once boasted a triple-A credit rating. But that was lost in 2009, in the wake of the financial crisis. Now GE could be headed to the second-lowest rung of investment-grade bonds.

That’s the bad news for GE bondholders. The good news is that the bad news already appears to be priced into the bonds. That means they trade at yields almost consistent with being deemed junk—even while retaining an investment-grade rating.

While the health-care unit’s spinoff aims to reduce GE’s industrial debt by $25 billion by 2020, S&P Global Ratings placed the company’s single-A debt rating on its CreditWatch list for a possible downgrade, most likely to A-minus. Moody’s Investors Service similarly has a negative outlook for GE’s bond rating of A2.

As usual, the market is ahead of the ratings firms. GE’s 4.418% bonds maturing on Nov. 15, 2035, traded last Wednesday at a yield that is 175 basis points above the comparable Treasury, or roughly 4.71%. (A basis point is 1/100 of a percentage point.) That spread represents the extra yield that investors demand to compensate for the credit risk of a corporate security. By comparison, the trailing-12-month yield on the iShares iBoxx $ High Yield Corporate Bond exchange-traded fund (HYG) is at 5.13%.

According to one corporate-bond veteran, the yield spread between the GE bond and the Treasury would be appropriate for a “weak triple-B” credit, which is the lowest investment grade before crossing into high-yield territory, as the junk sector is called in polite company. That’s after the spread tightened by about 20 basis points following GE’s announcement of its spinoff plans—a rise in the bond’s price that was modest compared with the 8% pop in the stock.

This particular bond is quite liquid, with $11.4 billion outstanding. Our corporate-bond expert notes that it can readily be purchased through major online brokers.

Will you double your money in this GE bond? Technically, you will, if you reinvest your interest payments for the next 16 years or so, but that isn’t something anyone will brag about. It’s more a demonstration that reinvestment income is the main driver of fixed-income returns over the long run.

Historically, investors who bought stocks prospered from a steadily growing stream of dividends. Those checks could be used for living expenses, as generations of retirees have done, or reinvested in more shares that should steadily expand in value.

But those dividends, whether from common or preferred stocks, aren’t assured. GE’s stock dividend, chopped in half late last year, is likely to decline further with the spinoff of its health-care division (see related story above).

The GE bond in question will provide $44.18 in interest annually on each $1,000 face-value issue, and will return that same $1,000 in about 17 years. Will GE fulfill that legal obligation? The market’s assessment is that it’s reasonably certain GE will, but it demands a fair margin of safety that the company will deliver.

More importantly, this demonstrates the difference of bonds versus stocks for income investors. Bondholders at least can believe the check actually is in the mail.