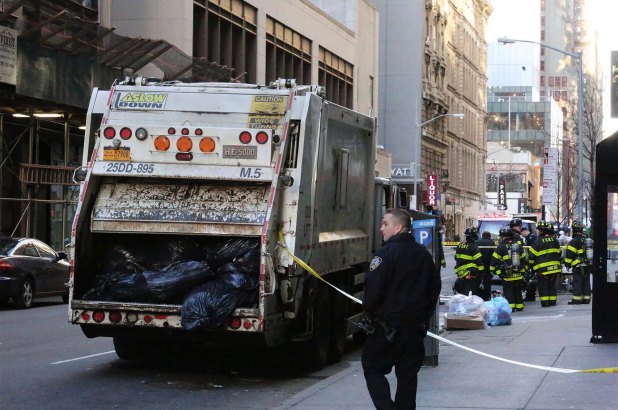 We know hot coals and lighter fluids are fire hazards, but what about cell-phone batteries?

Boxx Sanitation in Eau Claire is worried about cellphone batteries catching on fire.

These batteries have been an issue in the past.

“It happened to me on route. I was throwing away a recycling bin, went around the cul-de-sac and the next thing I know there’s smoke coming out of the back of my truck, so I pulled over, and checked it out and had a water bottle handy so I was able to put it out. If I didn’t have that, I also had a fire extinguisher in my truck, so I was well prepared,” said Sam Lindsay, a garbage truck driver at Boxx Sanitation.

Lithium batteries are found in things like cellphones, laptops, and even power tools.

Instead of throwing them away, you can take them to First Choice Recycling, Batteries plus or Best Buy.