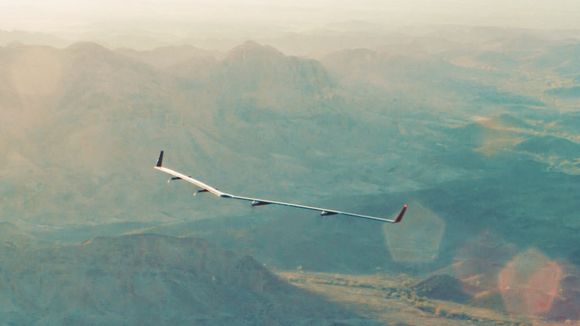 The project, aimed at building a drone that could fly over an isolated area and provide internet coverage, will shut down, the social media company announced Tuesday in a blog post.

Facebook is abandoning efforts to build its own aircraft and will close the British facility involved in the project. Instead, it will focus on working with partners on high altitude connectivity and aviation policy, according to Yael Maguire, a director of engineering at Facebook.

“As we’ve worked on these efforts, it’s been exciting to see leading companies in the aerospace industry start investing in this technology too — including the design and construction of new high-altitude aircraft,” Maguire wrote. “Given these developments, we’ve decided not to design or build our own aircraft any longer, and to close our facility in Bridgwater.”

Project Aquila (Latin for “eagle”) began in Bridgewater, England, where a drone with the wingspan of a 737 airplane was produced by Ascenta, a British business that Facebook bought for its solar-powered drone expertise.

The unmanned drone was meant to fly far above commercial airspace — at 60,000 feet or more — where there would be no commercial airplanes and no weather to worry about. It would circle a region for a few months at a time, powered by batteries and eventually the sun, and send internet signals to antennae on the ground.

The idea was to bring internet — and Facebook — to the nearly four billion people around the world without access.

The project had its ups and downs.

In June 2016, a “structural failure” caused its first test flight to end in a landing accident, although Facebook considered the flight a success. A year later, Aquila completed its second flight.

“This has involved a lot of trial and error,” Maguire wrote. “When we started the Aquila program back in 2014, very few companies were involved in this area — and they were all working independently of each other. In addition, the only spectrum available for these platforms wasn’t suitable for broadband due to technical and geographical limitations.”

Facebook announced in November it was partnering with AirBus to work on a high altitude platform station (HAPS) and to advance spectrum and aviation policy. It will continue to work with AirBus on “HAPS connectivity generally, and on the other technologies needed to make this system work, like flight control computers and high-density batteries,” Maguire wrote.