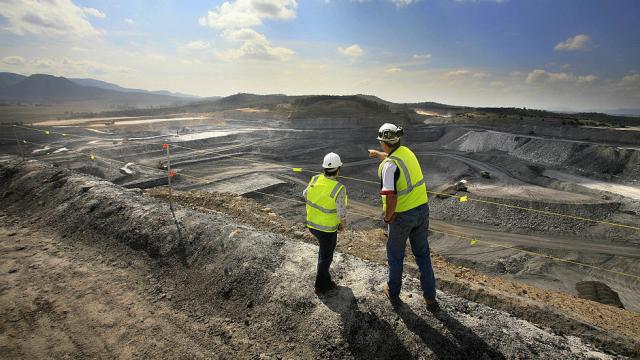 Imagine a scenario where the U.S. is entirely dependent on a single nation for oil. You can’t. It’s inconceivable. We would never let one nation — much less a sometimes adversarial rival — dominate our supply of a critical resource. Or would we?

Astoundingly, we have. We are completely import-dependent for 21 mineral commodities, and imports account for more than half of our consumption for 50 critical minerals. Who’s our largest supplier? China.

While much of China’s resource dominance comes from domestic production, it doesn’t end at the border. Chinese companies have come to control the production of key minerals resources in nearly every corner of the world.

Take for example lithium, the critical component to lithium-ion batteries which are now in everything from our computers and cell phones to electric vehicles (EVs). China produces relatively little lithium at home but a Chinese company, Tianqi Lithium, effectively controls nearly half of the world’s lithium production. Or take cobalt, also critically important to battery production. While the majority of the world’s cobalt is mined in the Democratic Republic of the Congo, China processes more than 80 percent of the cobalt chemicals actually used in the batteries.

If the economic vulnerabilities of our import dependence don’t cause concern, consider the national security dimension to this story. Some of the minerals we wholly rely on China and other exporters to supply — such as rare earth minerals — are essential for crucial defense technologies like night vision goggles, our most-advanced military aircraft, precision-guided weapons and the armored vehicles that keep our troops safe.

Is China willing to use its dominance of the minerals market as geopolitical leverage? Absolutely, and we know this because they already have. In 2010, China implemented quotas on the amount of rare earth minerals it would export. Since China controlled 95 percent of the rare earth market, the cost of these 17 minerals skyrocketed. Then-Secretary of State Hillary Clinton called the crisis a wake-up call. In 2012, the U.S. went to the World Trade Organization to object to the quotas and was joined by other importing nations. China eventually dropped its quotas but has since only tightened its control of the rare earth market.

The Department of Defense uses 750,000 tons of minerals and metals each year and a growing amount of them come from overseas. This glaring vulnerability in our supply chain can and should be addressed.

According to the U.S. Geologic Survey, the U.S. is home to $6.2 trillion in minerals reserves. Our challenge isn’t a lack of resources but mainly a regulatory approach to mining that is pushing production elsewhere. Revising our redundant and inefficient mine permitting process should be step one in reversing our growing minerals import dependence and shoring up our defense supply chain.

Gaining the necessary approvals to open a new mine in the U.S. can take 10 years or longer. In Canada and Australia, nations with comparable environmental safeguards, mine permitting takes just two to three years. It’s clear we can do better, and it’s past time we do.

Executive action already taken by the Trump administration has already helped provide focus on our mounting import reliance and an amendment from Rep. Mark Amodei (R-Nev.) to the National Defense Authorization Act (NDAA) could produce the reform we so desperately need. The amendment would not only reduce permitting delays but introduce formal review timelines and schedules for completing the permitting process while maintaining our world-class environmental safeguards.

The U.S. House of Representatives passed Amodei’s amendment, but similar language offered by Sens. Lisa Murkowski (R-Ala.) and Dean Heller (R-Nev.) didn’t make the cut in the Senate’s version of the NDAA. The bill is now heading to conference and the inclusion of Amodei’s language deserves our full-throated support.

The opportunity to put a halt to our deepening reliance on imports for dozens of critically important minerals is within reach. Let’s ensure we have the robust domestic supply chain to guarantee our military has the supply of materials it needs when it needs them.