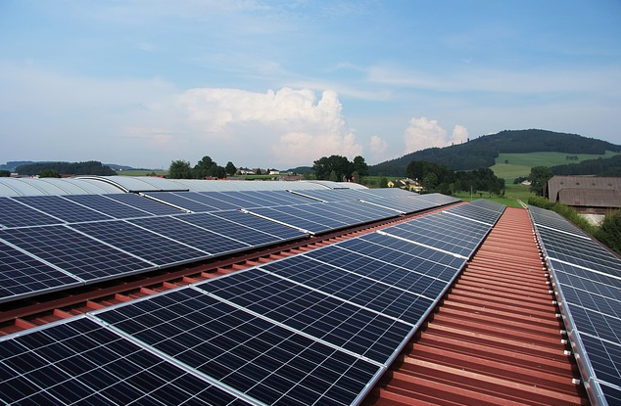 Solar energy and energy storage are rapidly being adopted by homeowners and Fortune 100 utilities alike. The speed of this adoption is unheard of for any type of electric energy technology.

Solar energy and energy storage are rapidly being adopted by homeowners and Fortune 100 utilities alike. The speed of this adoption is unheard of for any type of electric energy technology. Together, solar and storage offer a carbon neutral path to greater electrification throughout the economy — think electric vehicles and advanced manufacturing.

The results are impressive. More than 50,000 megawatts of generating capacity are now in place in the U.S. Over the past decade, solar installations have grown by nearly 60 percent a year on average. And in the past five years alone, prices have fallen by more than 50 percent.

Storage is reaping the benefits of growing electric vehicle demand through increased investment in storage technologies. What’s more, in early 2018 federal energy regulators cleared the way for even more storage on the grid.

In addition to technological advancements in the industry, experts say primary drivers behind the rise in solar and storage are tax and policy initiatives at the federal and state levels. These policies, including the Treasury Department’s Investment Tax Credit and the Energy Department’s landmark SunShot program, help lower solar energy’s cost.

A defining event for energy storage was California’s response to a 2015 accident at a natural gas storage site. A massive, uncontrolled leak threatened gas supplies to power plants, schools and businesses in Southern California.

State officials approved deployment of more than 100 MW of battery-based energy storage in response to the crisis. One of the systems was a 20 MW/80 megawatt-hour (MWh) battery installed by Tesla in less than three months.

The crisis proved that developers could design, build and commission a substantial amount of energy storage in a short amount of time. Installing an equal amount of natural gas-fired generation likely would have taken years.

On the commercial front, companies like Target, Kohl’s and Costco are investing in solar in record amounts. By adding more than 40 MW in 2017, Target now has the most MW of installed solar capacity among big box retailers.

With this impressive track record, utilities and commercial users are investing more in solar and storage. For example:

Conditions are ripe for large commercial and utility-scale investments in solar energy plus storage. Public policy has provided a solid foundation for both technologies to flourish and public demand for carbon neutral energy remains as strong as ever.

If you are interested in learning more about how utilities, installers, project developers and others are transitioning towards solar and storage integration, Solar Power International and Energy Storage International is the place to engage with policymakers, decision makers, and experts in industry. The event takes place September 24-27, 2018, at the Anaheim Convention Center in Anaheim, California.