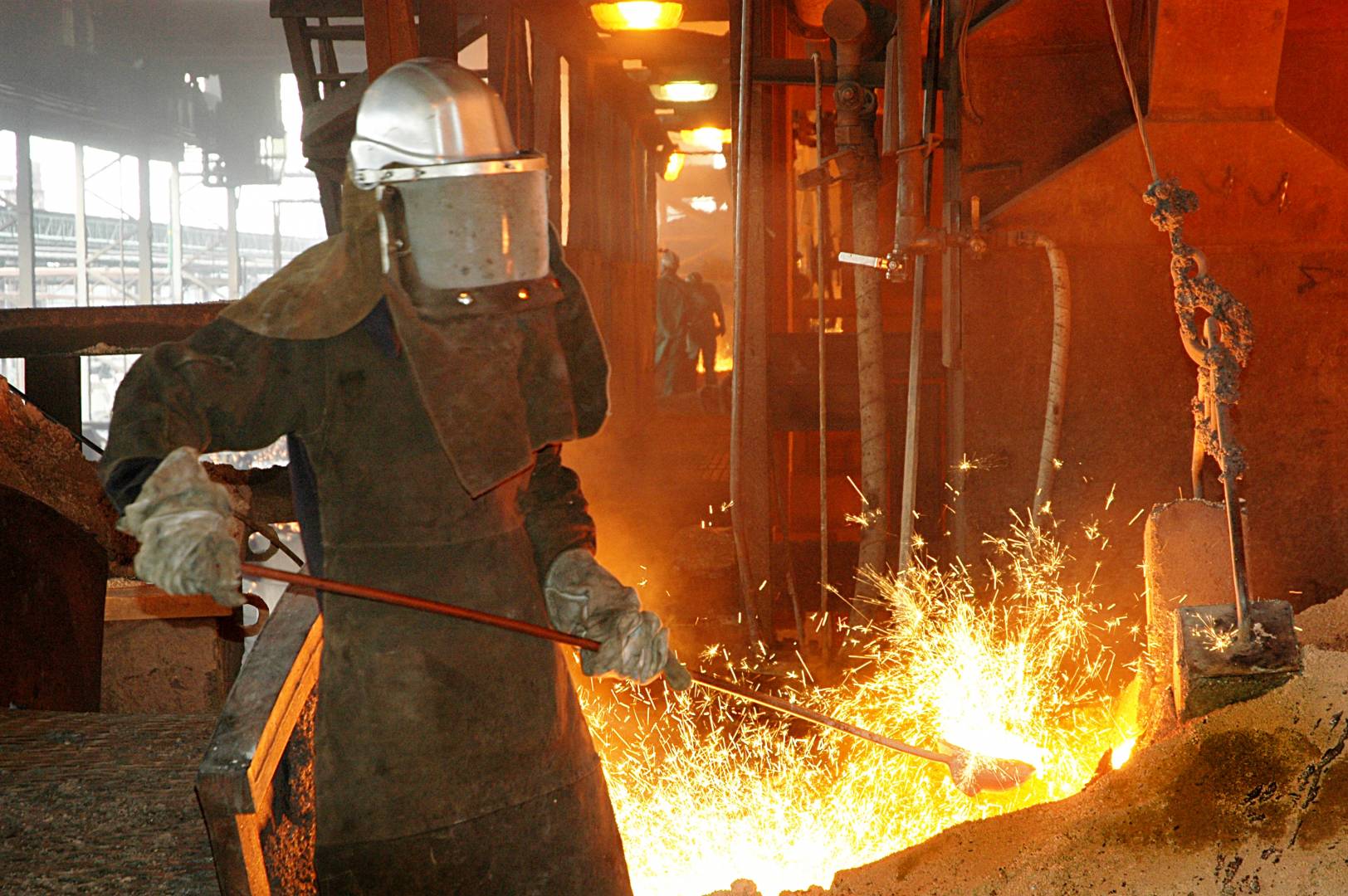 The demand for steel from user industries is likely to result in increase in production and is expected to keep the prices firm during 2018-19, while some moderation in steel prices may be seen during the monsoon months as infrastructure and construction activities slow down during these months. The prices had averaged 18 per cent-21 per cent higher during 2017-18.

India’s steel production grew by 3.1 per cent on a y-o-y basis to 105 million tonnes during the financial year 2017-18 backed by 7.9 per cent growth in consumption during the year. The increase in output however is slower compared to 11.9 per cent y-o-y growth reported by the industry during 2016-17 when production stood at 101.8 million tonnes.

Steel has its usage in different industries depending on its category. Steel products can be widely divided into two categories, long and flat products. There are various products manufactured within these two categories based on the needs of user industries. While long products are generally used for construction, mechanical engineering, energy and automotive, flat products are generally used for automotive, heavy machinery, pipes and tubes, construction, packaging and appliances.

In addition to these two broad categories, finished steel production also includes alloy steel. It refers to steel that contains one or more alloying elements like chromium, manganese, silicon, nickel, copper, aluminium. This also includes stainless steel. Alloy steel has certain properties that are not observed in normal carbon steel and alloy steel is used in automotive, railways, defence and engineering.

India’s steel production is expected to remain higher in the current financial year 2018-19 backed by growth in domestic demand from user industries during the year.

This sector includes building of highways, bridges, airports, ports, water transportation, pre-fabricated buildings, power projects, real estate – residential and industrial. A notable portion of the steel manufactured in India (both flat and long variety) finds its usage either directly or indirectly in the infrastructure sector. A noteworthy proportion of long product consumption is led by real estate sector.

In the Union Budget 2018-19, infrastructure allocation for the financial year 2018-19 has been increased by 20.9 per cent y-o-y to Rs.5.97 lakh crore from Rs.4.94 lakh crore in the corresponding period a year ago. The government thus continues its push towards infrastructure and construction which is likely to drive the demand for steel in India during 2018-19, the sector being the largest consumer of steel in the country.

This sector is a major demand driver for flat steel products (including basic and specialty steels). These products are key inputs for manufacture of automobiles and accounts for significant cost with respect to automobile production. Flat products such as hot rolled coils & sheets find their application in wheel-disc in the automotive segment. Other products like cold rolled coils & sheets and galvanised coils & sheets find their application in auto parts viz. hood, roof, door, body side, floor, reinforcement pillar, structural safety components and impact beam. The automobiles sector is expected to register higher sales on a y-o-y basis during 2018-19 backed by a growth in demand from auto consumers.

Sales of the largest segment, two & three wheelers, is likely to grow by 17 per cent-19 per cent, and sales of the commercial vehicles (CV) and passenger vehicles (PV) segments’ is expected to rise by 18 per cent-20 per cent and 8 per cent-10 per cent, respectively.

During the financial year 2017-18, the prices of HRC and CRC in China increased in the range of 18 per cent-27 per cent and the prices of plate and rebar grew by 31 per cent-42 per cent on a y-o-y basis. The growth in international steel prices also led to a rise in domestic steel prices during the year.

This rise in prices was on account of production cuts undertaken by China to improve the quality of air and handle pollution. In addition to this, improved demand for steel backed by Chinese government stimulus also supported the growth in prices. The improvement in prices during 2017-18 was over 29 per cent-40 per cent y-o-y growth reported by prices during 2016-17. The Chinese government has plans to cut down 100 to 150 million tonnes of annual steel production during the period 2016-2020.

India is mostly self-sufficient when it comes to meeting the requirements of iron ore for manufacturing of steel. Resultantly, the country does not depend much on iron ore imports. Exports accounted for about 15 per cent of the total domestic production during 2016-17. As the country meets most of the iron ore requirements internally, the domestic iron ore prices are primarily influenced by the demand-supply situation in the country while the movement in international iron ore prices influences the domestic prices to some extent.

The domestic iron ore prices are believed to have increased on account of higher steel demand in the country. Also, suspension of operations at mines in Odisha due to non-payment of penalty for illegal extraction of ores also resulted in price hikes in January 2018.

The price of coking coal imported by India from Australia averaged at USD 96.8 per tonne during the financial year 2015-16, y-o-y fall of 23.4 per cent. However, the prices increased in the next year and averaged higher by 52.3 per cent y-o-y to USD 147.4 per tonne partly on account of coal producing capacity cuts undertaken by China. During April 2017-February 2018, the prices increased by 36.3 per cent y-o-y to average at USD 192.6 per tonne, this was on account of cyclone Debbie that disturbed coking coal supplies from Australia’s major mines and ports towards the end of March 2017.

The coking coal prices increased on m-o-m basis in most of the months during April 2017-February 2018. The prices fell by 13.9 per cent m-o-m to average at $175.6 per tonne in July 2017. Following this, the prices increased amid fluctuations and averaged at $225.1 per tonne in February 2018. To a large extent, India depends on imports to meet the domestic coking coal requirements for manufacturing of steel.

As per the Budget 2018-19 released by the Australian government in May 2018, the spot price of metallurgical (coking) coal is assumed to fall over the June and September quarters of 2018 to reach $120 per tonne FOB in the December quarter 2018. The release cautioned that the commodity prices are volatile and the outlook for them remains a major uncertainty.

Steel prices in India remained higher during the first two months of the financial year 2018-19. For May 2018, the prices of CR coils, HR coils and TMT bars stood at Rs 61,537 per tonne, Rs 56,480.5 per tonne and Rs.49,925 per tonne, respectively. The prices were at their peak during the month. Considering this and a likely slowdown in construction and infrastructure activities in the coming months on account of monsoon, the prices may see some moderation on m-o-m basis. Post monsoon, we expect the prices to pick up and remain firm backed by higher domestic demand during the year. We do not expect much pressure from the raw material prices.

The domestic prices however could get impacted by the demand-supply situation in China the world’s largest steel producer). As per the World Steel Association’s short range outlook, steel demand in China is expected to remain flat in 2018. While the outlook for demand remains static for China, the movement in steel prices here can take a cue from the production cuts that the country undertakes in 2018.

In March 2018, the US imposed 25 per cent and 10 per cent import duty on foreign made steel and aluminium, respectively, in the name of national security and to protect the US from cheap imports. While Canada, Mexico and Euro-pean Union (EU) were earlier given exemptions till May 2018, the US withdrew these exemptions recently. How-ever, Argentina, Australia, Brazil and South Korea are indefinitely exempted from the import duty as they are believed to have adhered to some quotas.

Impact of US tariff hike on Indian steel exports

Of the total steel exports by India during 2017-18, shipments to the US accounted for 3.1 per cent of the total exports of finished steel in terms of value which stood at $301.6 million and accounted for 1.6 per cent in terms of quantity that stood at 207.6 thousand tonnes during 2017-18. Thus, we expect that the imposition of import duty on India will have a marginal impact on steel exports from India.

*The domestic steel prices are expected to remain firm during the year 2018-19, while we may see some moderation in prices in the coming months on account of monsoon due to a likely slowdown in construction and infrastructure activities in these months. We do not expect much pressure from the raw material prices.

*The domestic prices however could get impacted by the demand-supply situation in China (the country being the largest steel producer) and the production cuts that the country undertakes in 2018.