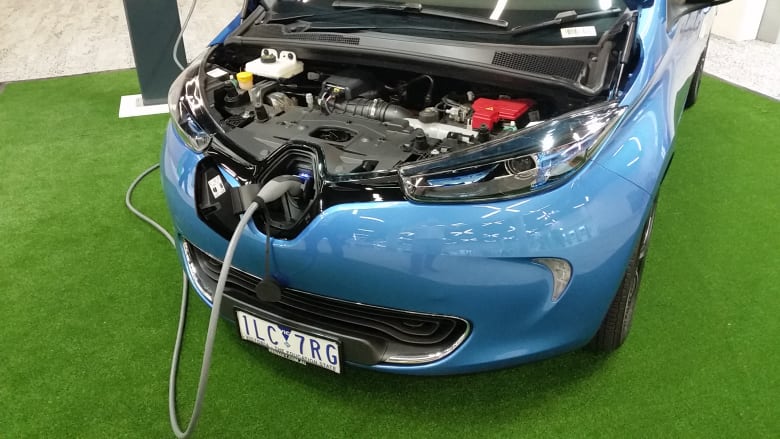 The rising demand for nickel, cobalt and copper in electric cars is behind businessman Clive Palmer’s bid to reopen his Queensland Nickel plant in Townsville.

At the same time – on the eve of Queensland’s 2018-19 state budget – Queensland Resources Council chief executive Ian Macfarlane called for extra incentives in the Queensland budget to find new copper resources, because electric cars use four times as much copper wiring as petrol-driven cars (80 kilograms for electric; 20 kilograms for petrol).

Mr Macfarlane said the figure would quickly grow to 90 kilograms of copper wiring in an average electric car.

As an example, the 450-kilogram battery in a Tesla S is 85 per cent nickel, 15 per cent cobalt and 5 per cent aluminium, he said.

Mr Palmer said he moved to reopen Queensland Nickel in Townsville because of an expected boom in nickel and cobalt in the batteries for electric cars and because nickel prices had doubled.

“We have got about $7 billion worth of cobalt in our tailings,” Mr Palmer said.

“Once you extract that from the tailings, you go up to make cobalt metal,” he said.

That cobalt “in solution” can be taken to a nickel battery plant.

Mr Palmer said battery plants now buy cobalt as a metal and then melt it down to use “in solution”.

“So they are ‘taking it up and then taking it down’,” he said.

“We have the unique ability in Townsville where we don’t have to do that.

“So we could sell the cobalt metal itself, or sell it ‘in-solution’ and miss a couple of steps that a battery maker would have to make.”

He said demand for batteries for electric vehicles, coupled with rising prices for nickel and cobalt was behind the decision to reopen Townsville’s Queensland Nickel plant.

“Batteries for electric cars is one of the reasons. The other is that it is viable now because nickel prices are double what they were,” he said.

“This is the type of thing that the Queensland government should be supporting because it is one of the advantages we have got moving forward with technology.

“People have to look to the future. There are so many people in north Queensland who need jobs and we’ve got the key to make it happen.”

Mr Palmer estimated it would cost him between $50 million and $100 million to have the cobalt processing facility upgraded, not the $300 million frequently reported.

He wrote to the Queensland government on Monday, asking for an issue at Townsville’s port to be resolved to allow nickel and cobalt to be exported from Townsville.

Mr Macfarlane said electric cars would give Queensland a great opportunity because of the state’s strong copper resources.

“Electric vehicles will need almost four times as much copper as those running on petrol,” Mr Macfarlane said.

“If we have the right policies and the right incentives, Queensland can be in the driver’s seat,” Mr Macfarlane said.

“If we don’t, we quickly get stuck in the back seat or just left behind.”

Those “right policies” – according to Mr Macfarlane – include a doubling of the grants to mining companies to find new copper and nickel reserves.

This is called the Collaborative Exploration Initiative.

“We would like see double the incentives through the Collaborative Exploration Initiative – double the current $3.6 million over four years being available in grants to identify new mineral deposits for development, such as in the North West Minerals Province,” Mr Macfarlane said.

“The program is currently leveraging $3 in industry investment from every $1 committed by the Government.”

Mining royalties are expected to contribute to a larger than expected 2017-18 state budget surplus when it is revealed on Tuesday.

Australia has about 15 per cent of the world’s cobalt reserves with most in Queensland and Western Australia.