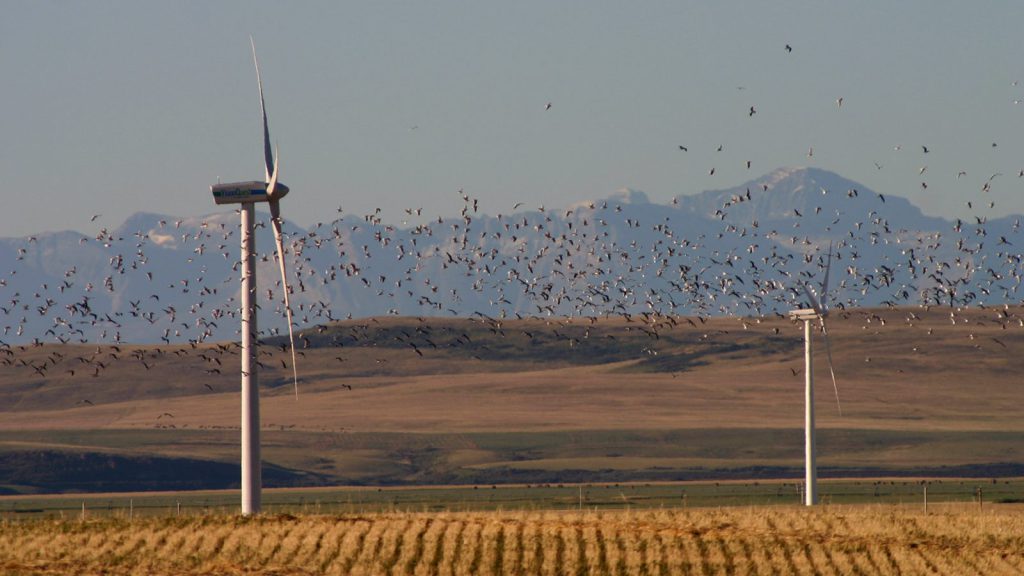 Researchers at Oregon State University have come up with a colorful and maybe a bit unusual way to protect eagles from huge winds turbines on the Pacific coast.

Oregon is home to more than a thousand wind turbines which offer a clean, green alternative to fossil fuel.

But studies have shown those huge turbine blades kill hundreds of thousands of birds every year, including some endangered eagles.

“The speed at the tip of the blade is about 200 miles per hour,” explains researcher Roberto Albertani, “so it can very dangerous for flying animals.”

But Albertani and his team of researchers have come up with a way to protect those protected birds.

Special cameras are mounted on the wind turbines.

When they spot a bird flying toward them, they kick into gear.

“The footage steamed from camera to computer,” explains OSU graduate student Will Maurer. “That computer then runs an algorithm which allows for the detections of eagles in the air space.”

If an endangered eagle is detected, the computer then triggers a mechanism to scare the bird away.

Of course finding something that would scare an eagle was not easy.

“It is very difficult to scare eagles when they are in flight but it turns out eagles have kind of an aversion to human figures,” said Albertani.

However, since using actual humans was not a feasible option, the researchers used the next best thing – giant inflatable tube men, also known as air dancers.

Yes, the same ones you often see waving around at car dealerships and furniture stores.