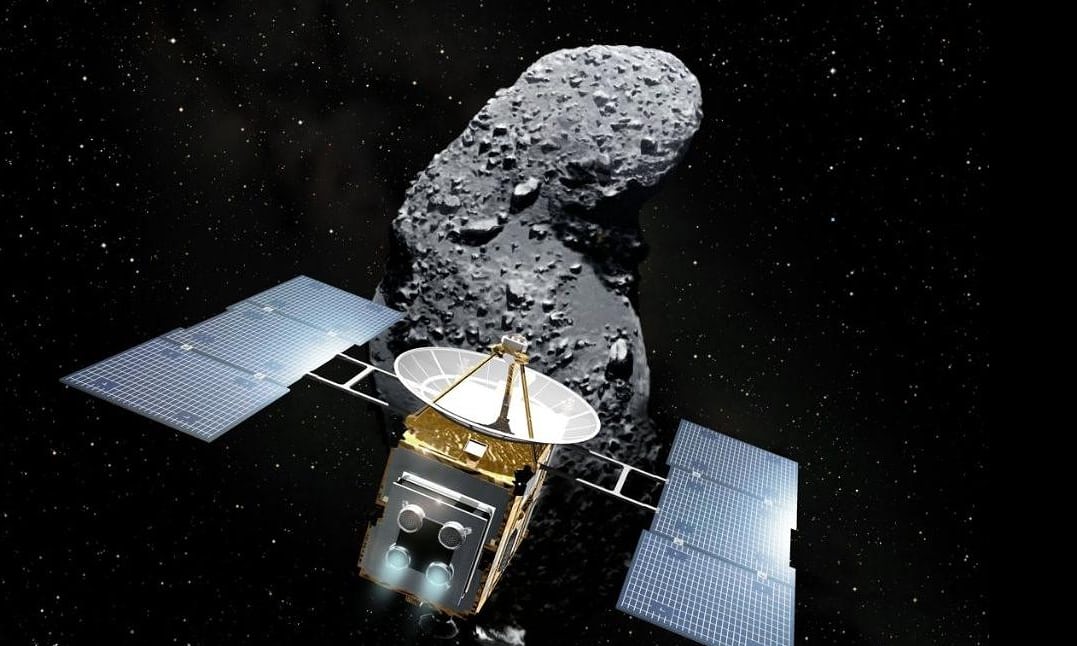 In an industrial park in San Jose, California, Grant Bonin is holding what looks like the end of a metal water bottle. It is the casing, he jokes, of his company’s “flying steam kettle”: a propulsion system for small spacecraft that uses super-hot water vapour, heated to 1,000C (1,832F), to produce thrust. The company has sold about 40 to date. “It comes right out of the hole,” explains Bonin, who is the chief technology officer of Deep Space Industries (DSI).

It is literally rocket science, but the ultimate aim of Bonin’s startup is even more audacious: mining asteroids. No private company has even got close to one. One of the main reasons asteroids will be mined in the future, so the thinking goes, is for the water locked in their clay deposits – and one of the chief uses of that water is likely to be as propellant for spacecraft. Probes and other spacecraft will be able to refuel in space either directly with water, or the hydrogen and oxygen that can be created from it, enabling them to zip around merrily anywhere they want with no end to their useful life. But before the idea of a solar system dotted with gas stations is realised, what is needed are more spacecraft that can actually run on water, which is where selling flying steam kettles comes in.

The idea of mining asteroids is more popular than you might think. The oldest and biggest of the companies on the scene is Seattle-based Planetary Resources, established in 2009 by investors including Google cofounder Larry Page and Richard Branson. DSI was formed in 2013. Other smaller companies include Aten Engineering and the TransAstra Corporation, both also based in the US. In Britain, pursuing the idea is the Asteroid Mining Corporation (AMC). Established in 2016, it’s run by 23-year-old Mitch Hunter-Scullion, who set up the company after his Liverpool Hope University dissertation on the topic.