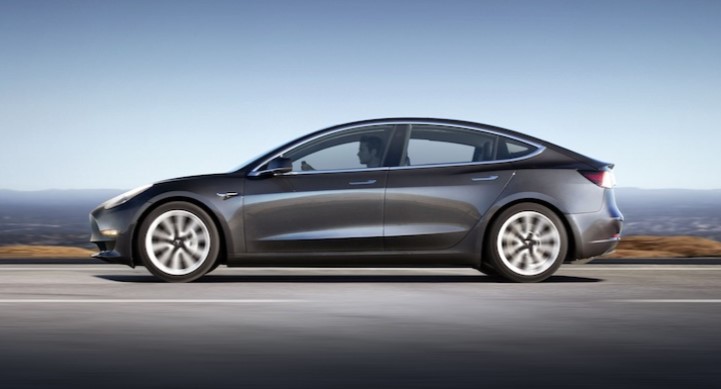 Shares of Tesla Inc (NASDAQ:TSLA) have been on fire since the company hosted its annual shareholder meeting on the evening of June 6. While TSLA stock couldn’t follow through with big gains on Thursday, shares did jump almost 10% since the meeting.

So where does that leave things — what does it mean for bulls and bears? And should you jump in now that there appears to be more confidence in the name?

There are a lot of questions, no doubt. So let’s start with production.

At the shareholder meeting, CEO Elon Musk acknowledged that he has an “issue with time” in terms of over-promising and under-delivering. However, it’s something he says he’s working on. That seemed evident earlier this week, as Musk didn’t throw out flashy, headline-worthy goals or make lofty statements about Tesla.

Instead, the chief exec reiterated similar points from before while simultaneously giving a boost of confidence to investors: Management expects to be GAAP profitable and cash flow positive in the third and fourth quarter. They don’t expect to raise capital this year and that producing 5,000 Model 3 units a week sometime in the next month is a realistic outcome. In Musk’s words, it’s “quite likely.”

Those comments are what gave TSLA stock a jumpstart, as it rallied 10% the day after the meeting. In any regard, Tesla hitting 5,000 Model 3 units per week would boost investors’ confidence tremendously and in doing so, would likely spur the stock higher.

Interestingly, though, one analyst was not fully on board with the sentiment. The day after the meeting, Morgan Stanley’s Adam Jonas said the recent rally is based more on “bearish investor positioning” than on improving fundamentals. Further, Jonas argues that Tesla will not hit a 5,000-per-week run-rate for almost another year.

Wow, talk about a wide degree of discrepancy. For Jonas’ part, he maintains an equal weight rating and a $291 price target on TSLA stock.

But the point is less about his price target and more about his thesis. Should his estimates pan out, Tesla would be in much more trouble than many think. And quite honestly I would think his price target is pretty generous should it take Tesla another year to hit a 5,000-per-week run-rate on the Model 3.

So, what’s the problem with TSLA stock? It has a cult following, meaning valuation does not apply to its share price. If it were bound by the fundamentals, there’s no way shares would be this high.

Nevertheless, we have to work with what the market gives us. In Tesla’s case, it all comes down to delivering, that is, delivering on Model 3 production, profitability and financial operations.

Let’s say Tesla gets to that 5,000 run-rate, or at least close to it in a few weeks. While the company had to hire a ton of new workers to get there — relying more on human assembly than automation to boost production — the gross margins should be higher due to the product mix. Tesla isn’t building the base $35,000 Model 3 right now, it’s assembling long-range Model 3s and those with higher price points.

That should give a notable boost to automotive gross margins in the upcoming quarter. So while Tesla may not have the greatest looking balance sheet in the world, bears should consider some of the upcoming bullish catalysts should Tesla deliver.

For example, a figure in excess or close to 5,000 Model 3 units per week will likely jumpstart TSLA stock. So too could an earnings, revenue and margin beat for the current quarter. On the conference call, reiteration of GAAP profitability and no need for capital this year would help.

All of this could get a short-squeeze going. With more than 30% of TSLA stock sold short, bears may look to cover as Tesla stock heats up. The first spot I would watch is the 200-day, then the $330 to $340 level. Above those and shorts could begin to stop out. This would only fuel the rally.