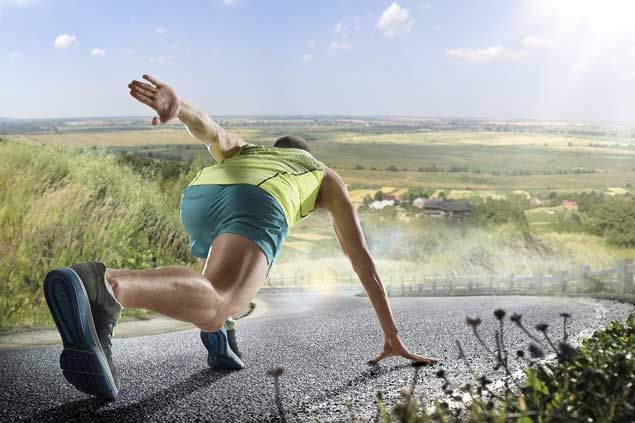 We have issued an updated research report on Kennametal Inc. KMT on Jun 7. The company’s earnings are projected to grow 5% in the next three to five years.

Share Price Performances, Earnings Estimate Revision: Over the past two years, Kennametal has grossly outperformed the industry, yielding 52% return against 29.2% for the industry. Notably, month to date, the company’s shares price have rallied 3.5%, outperforming 2.8% increase recorded by the industry and 3.3% growth recorded by the Zacks Industrial Products sector.

Strategic Initiatives: In the first quarter of fiscal 2018, Kennametal completed the majority of its restructuring initiatives, realizing benefits of $21 million from head-count reduction and $19.5 million from miscellaneous programs. These efforts helped the company to develop a sound cost structure. Also, the company’s three initiatives — including growth, modernization and simplification — will be advantageous. The growth initiative is being helpful in boosting sales through the improvement in commercial execution. The simplification initiative has helped in improving operational efficiency and reducing costs while the modernization initiative is in its early stages now and is expected to yield gain in the future.

Diversity a Boon, Near- and Long-Term Projections: Kennametal serves customers in various end-markets, including aerospace, automotive, machine tools, farm machinery, highway construction, coal mining, quarrying, and oil and gas exploration. Also, the company’s businesses are spread in the Americas; Europe, Middle East and Africa (EMEA); and the Asia Pacific. Such diversification helps the company to negate weaknesses in one or more end-markets or operating areas.

Moreover, the company anticipates adjusted sales of $2,500-$2,600 million by fiscal 2021. The adjusted gross margin is estimated to be approximately 41% while adjusted operating expenses are predicted to be roughly 20% of sales. As a percentage of sales, adjusted earnings before interest, tax, depreciation and amortization of $600-$675 million will represent 24-26%. The adjusted operating margin will be 19-21%.

Rising Costs & Expenses Raise Concerns: Kennametal is dealing with adverse impacts of rising costs and expenses. Notably, a year-over-year increase of 13.8% in the company’s cost of sales in third-quarter fiscal 2018 (ended Mar 31, 2018) was higher than 11.9% increase recorded in second-quarter fiscal 2018 (ended December 2017). Also, operating expenses in the fiscal third quarter grew by 11.5%. The company believes that costs for raw materials, including tungsten, steel and cobalt, are likely to inflate in the last quarter of fiscal 2018, though favorable pricing is expected to bring some relief.

Long-Term Debt: Kennametal’s long-term debt has stayed fairly unchanged at $696 million over the past few quarters. However, this balance will likely spur with the fresh issuance of $300 million of senior notes in June. We believe, if unchecked, high-debt levels can prove detrimental to the company’s profitability in the quarters ahead.

Some better-ranked stocks worth considering in the sector are Graco Inc. GGG, Twin Disc, Incorporated TWIN and Kadant Inc. KAI. While both Graco and Twin Disc sport a Zacks Rank #1 (Strong Buy), Kadant carries a Zacks Rank #2 (Buy). You can see the complete list of today’s Zacks #1 Rank stocks here.

In the last 60 days, earnings estimates for each of these stocks improved for the current year. Also, average positive earnings surprise for last four quarters has been 12.81% for Graco, 250.43% for Twin Disc and 15.50% for Kadant.