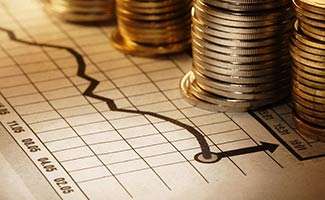 After underperforming for most part of the year so far, copper has been on a tear lately with its price jumping to a four-and-half-year high. Copper price has climbed 7% so far this week on concerns over potential supply threats.

The biggest worry comes from the world’s biggest copper mine – Escondida mines in Chile – where union leaders submitted a contract proposal to include a bonus of about $34,000 per worker, sparking fears of a possible strike. Failure to reach a labor deal last year had resulted in a 44-day work stoppage at the mine operated by BHP Billiton BHP . Based on this, the market is speculating that the wage negotiations could turn into a prolonged strike and may curtail output from the mines, which accounts for 5% of global supply.

Additionally, the shutdown of a big Indian smelter last month has reduced the country’s copper production by half. A weak dollar also supported the price rally as it made dollar-denominated assets cheaper for foreign investors, potentially spurring demand for the red metal (read: Dollar ETFs Bounce Back: Can the Rally Continue? ).

Below we have highlighted them and their specifics in detail:

JJCB tracks the Bloomberg Copper Subindex Total Return Index, which seeks to deliver returns through an unleveraged investment in the futures contracts on copper. The index currently consists of one futures contract on the commodity of copper (currently the Copper High Grade futures contract traded on the COMEX). The product charges investors 45 bps a year in fees, and has a lower level of AUM of $12.6 million. It trades in paltry volume of about 1,000 shares a day on average.

CPER seeks to track the performance of the SummerHaven Copper Index Total Return, plus interest income from CPER’s holdings. The index provides investors with exposure to front-month copper futures contract traded on NYSE Arca. The product has accumulated $11.4 million in its asset base while it sees paltry volume of about 8,000 shares a day. Expense ratio came in at 0.80% (see: all the Industrial Metals ETFs here ).

COPX is the only ETF offering global access to a broad range of copper mining companies. It tracks the Solactive Global Copper Miners Total Return Index and holds 34 stocks in its basket with none accounting for more than 5.8% of the total assets. Canadian firms take the largest share at 27%, while China and United Kingdom also have a double-digit exposure each. The product has managed $88.4 million in AUM while charging 65 bps in fees per year. It trades in a lower volume of 57,000 shares a day on average.

Though the potential supply disruption has pushed copper price higher, the demand outlook remains weak. This is especially true as China, which is the biggest consumer of the metal and accounts for about 45% of copper demand, has been struggling despite the fastest pace of growth in manufacturing activity in eight months in May.

In Japan, Europe and other emerging markets, the economy is also experiencing a slowdown. Japan failed to sustain its longest stretch of economic expansion since the 1980s, slipping into a negative territory in the first quarter after two years of strong growth. Eurozone growth slipped to 0.4% in the first quarter, representing the weakest growth rate since the middle of 2016.

Most of the other developed and developing economics are also experiencing sluggish growth, which is weighing on global demand for copper. Emerging markets are struggling due to slumping currencies and weak growth lately (read: Are Good Times Over for Emerging Market ETFs? ).

The red metal is used in global construction and manufacturing activities, which are currently experiencing a slowdown, thanks to trade and tariff concerns. Added to the woes is growing inflationary pressure in the United States that would increase the chances of aggressive rate hike, thereby dampening the appeal for metals as a store of value owing to strength in dollar.