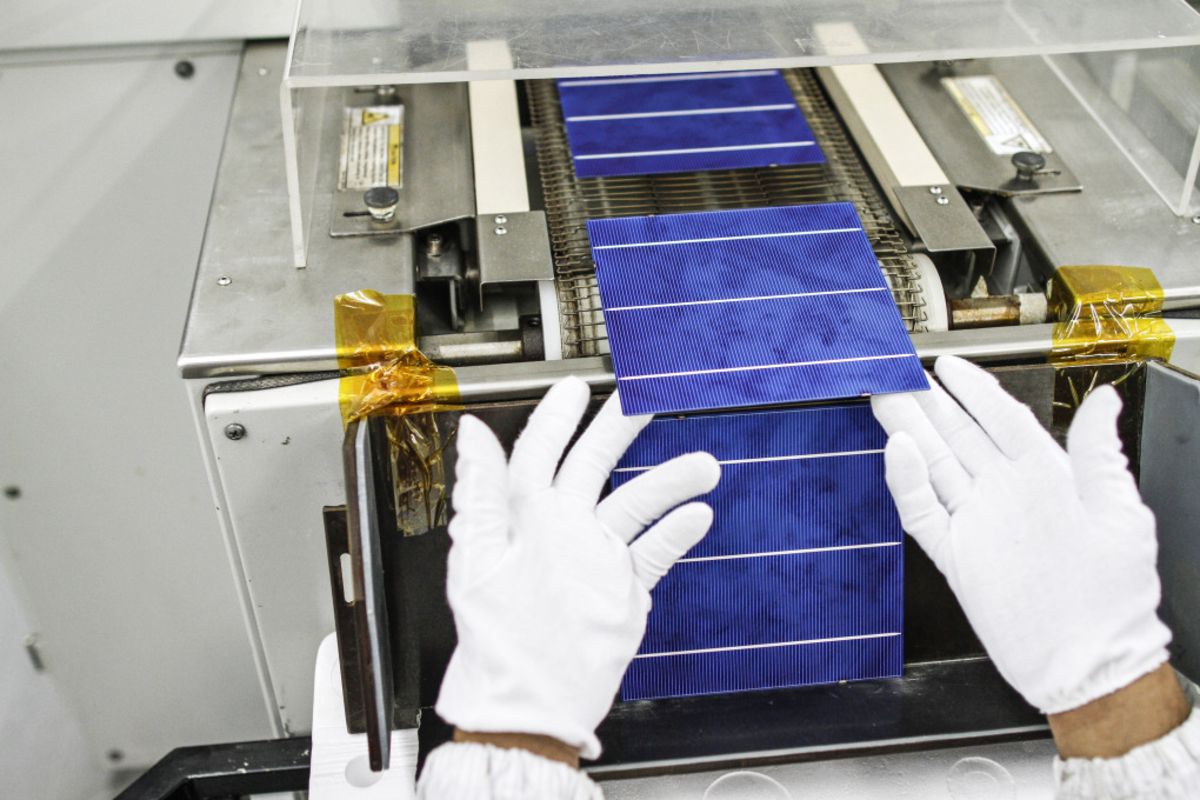 India’s efforts to build out solar power equipment manufacturing capacity may be set back as China’s recent policy shift is expected to trigger a global equipment supply glut and price crash.

An auction for building new capacity scheduled for September by state-owned Solar Energy Corp. of India “can be delayed depending on global cues,” said Managing Director J.N. Swain, referring to the impact of China’s decision last week to withdraw some state support for projects, undercutting demand in the world’s biggest renewable power producer.

The auction, Swain said, will choose winners of a tender issued last month to set up manufacturing facilities that can make 5 gigawatts of solar modules annually. The successful firm would also be permitted to build a generation project twice the production capacity. Bids are due July 27.

While the knock-on effect from China’s decision is a blow to India’s efforts to develop its own solar power equipment manufacturing industry, it also may benefit the South Asian nation’s drive for more renewable power generation as it makes imports cheaper.

Bloomberg New Energy Finance expects module prices to drop 34 percent this year and as much as 15 percent in 2019 in the wake of China’s move, which cuts financial support to developers and halts approval for new projects. The new forecast follows an earlier estimate by BNEF of an “intense glut” in solar modules supply by late 2018.

India has an annual solar-cell manufacturing capacity of about 3 gigawatts and average annual demand of 20 gigawatts, according to India’s Ministry of New & Renewable Energy. The shortfall is met by imports.

That reliance on overseas supply means India,the biggest customer of Chinese solar equipment, stands to gain most from reduced equipment prices. The picture is less clear for its ambitions as a manufacturer, for either domestic or overseas markets.

Response to India’s call for manufacturing capacity may be cool, New-Delhi based BNEF analyst Allen Tom Abraham wrote in a research note Thursday.

“The recent policy directive from China to restrict new solar power plants could reduce the appetite of many Chinese manufacturers to take part in this tender,” Abraham wrote. “Locally made panels will be costlier for various reasons. We therefore expect the response to this tender to be muted.”

The Indian government is still optimistic. Nearly 50 foreign and domestic investors have shown interest in the auction and “response could be enthusiastic”, according to SECI’s Swain.