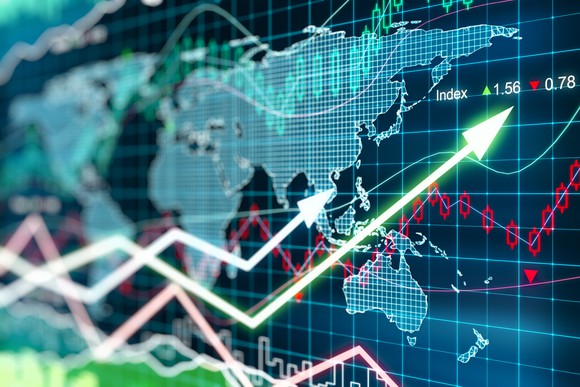 After a brief pause on Tuesday, stocks resumed rallying on Wednesday. Major indexes shook off their early morning cobwebs to gain strength throughout the session, with the Dow Jones Industrial Average (DJINDICES:^DJI) closing up 1.4% and the S&P 500 (SNPINDEX:^GSPC) gaining 0.9%.

As for individual stocks, Tesla (NASDAQ:TSLA) revved up following upbeat comments from its CEO, while Signet Jewelers (NYSE:SIG) sparkled on encouraging earnings news.

Tesla is back on track

Shares of Tesla jumped 9.7% today after CEO Elon Musk told investors at the company’s annual meeting that it’s “quite likely” the electric vehicle producer will achieve its weekly goal of building 5,000 Model 3 cars by the end of June.

Recall Tesla had previously wanted to meet that weekly target by the end of 2017, but stumbled on early production bottlenecks with the Model 3’s battery module assembly.

Musk further promised yesterday that Tesla would be cash-flow positive by the end of 2018, alleviating recent fears that the company could soon need to raise capital to remain solvent.

Shareholders offered their votes of confidence in return, striking down a proposal at the meeting that would have rejected the re-elections of three Tesla board members and stripped Musk of his role as chairman of the board.

Based on generally accepted accounting principles, that translated to a seemingly massive net loss of $504.8 million, or $8.48 per share. But that includes the impact of a large non-cash impairment charge from a loss recognized on the sale of the company’s non-prime receivables and restructuring charges. Excluding those one-time items, Signet’s adjusted (non-GAAP) earnings arrived at $0.10 per share, down from $1.03 in the same year-ago period but well above investors’ expectations for a loss of $0.09 per share.

“As we begin to implement our Signet Path to Brilliance transformation plan, we remain focused on driving operational improvement by executing on our Customer First, OmniChannel and Culture of Agility and Efficiency pillars,” stated Signet CEO Virginia Drosos. “In the first quarter, we saw signs of stabilization in our overall sales and once again achieved double digit growth in eCommerce.”

Looking ahead to full-year 2019, Signet reiterated its guidance for total sales of $5.9 billion to $6.1 billion, with adjusted earnings per share of $3.75 to $4.25. The midpoints of both ranges were roughly in line with Wall Street’s expectations.