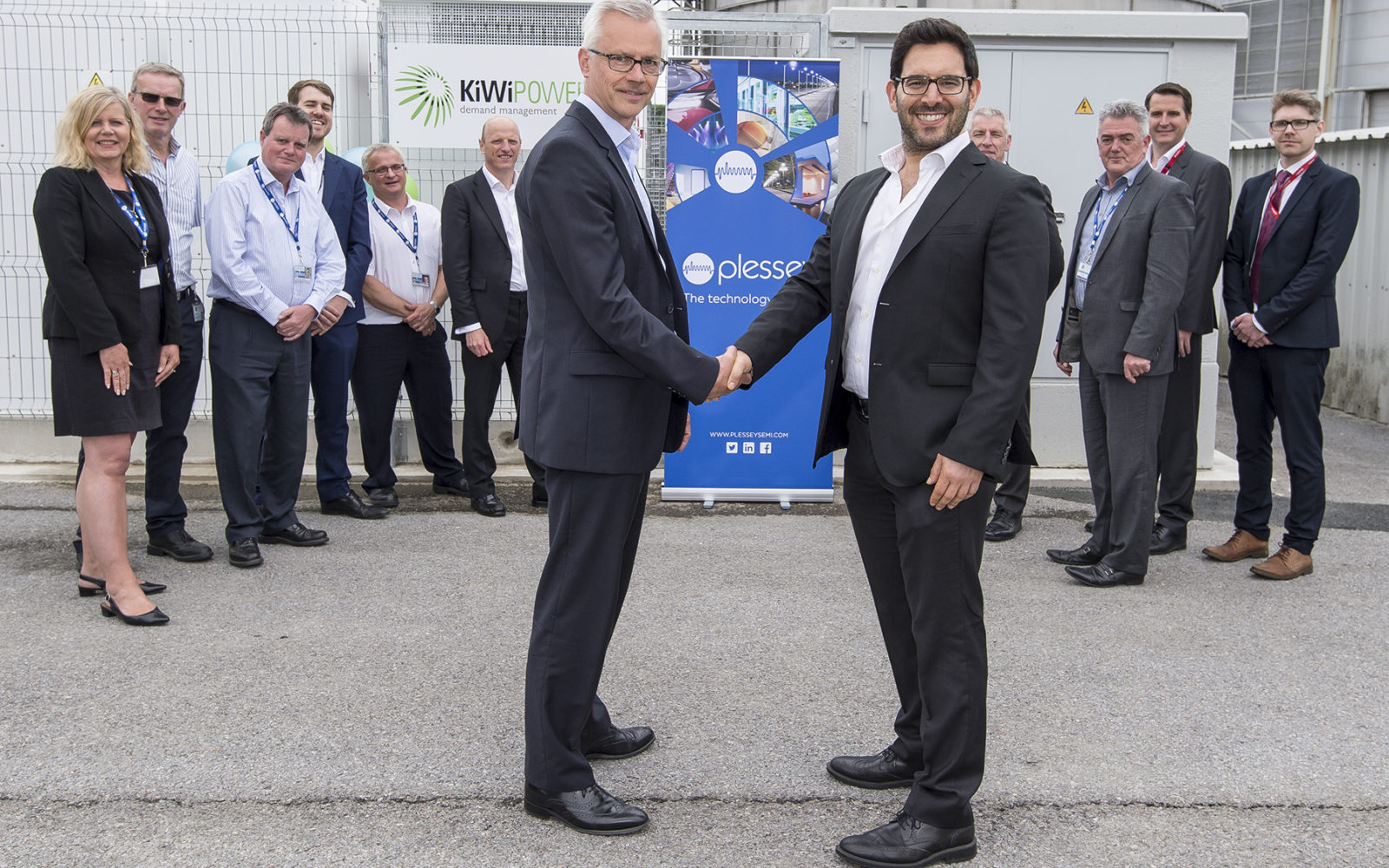 UK demand response aggregator Kiwi Power has completed its latest behind-the-meter battery installation at a manufacturing site in Plymouth as the company continues to target the commercial and industrial (C&I) sector with similar projects.

The 2MW/2.4MWh Tesla battery has been operational for the last three weeks at the flagship manufacturing and R&D site of semiconductor developer Plessey, and is the third to have been completed by Kiwi Power.

The aggregator-cum-developer will use its proprietary hardware and software platform, Kiwi Fruit, to earn revenues by fulfilling a frequency response balancing contract with transmission system operator National Grid.

Mike Snaith, operations director of Plessey Semiconductors, said: “We are pleased to be jointly-announcing one of the first behind-the-meter (BTM) installations of this type in the UK. It is good to know our considerable power consumption can be utilised to help stabilise the National Grid supply by delivering a reliable and sustainable power source.

The battery will also help to provide significant savings for Plessey by using the battery during peak periods such as TRIADs to lower the business’ substantial energy costs. While in the US, charges for energy drawn at peak demand times from the grid are levied onto businesses as a montly demand charge, UK large industrial users of power are charged TRIADs, which are calculated from the three half-hour settlement periods with the highest system demand between November and February each year.

Our sister site Current reported that as much as £300,000 (US$401,98 in savings could be made for Plessey in just the first year of the storage system’s operation.

In addition the battery will provide resilience against both grid outages but, more importantly for Plessey, spikes in power supply to the factory, as the company’s marketing director Myles Blake explained to Current.

“We can have a bad month where we have three spikes in a month, and the impact is quite extreme. If we have a spike then we will have an outage in the equipment and depending on what part of the wafer manufacturing process we’re at, we could lose wafers – it’s not reworkable and we’d have to throw them away,” he said.

Such instances also interrupt the sensors and air handling systems which ensure a safe working atmosphere within the site, which uses potentially harmful gases and chemicals as part of the manufacturing process.

“If we have an outage then that air handling and all the sensors stop working so everyone has to evacuate the building and we have a period of time where we have to allow the air handling system to run to ensure the atmosphere is clean enough for everyone to go back to work again,” Blake continued.

“So even with just a spike we would lose at least an hour of manufacturing time which is a lot.”

The battery will be relied on to provide an almost instantaneous response to such instances, saving significant sums in lost stock and working hours. With the upfront cost of the install met by Amber Infrastructure, Blake added that the battery has been providing these cost benefits from day one.

Tom O’Shaughnessy of Amber Infrastructure commented: “BTM battery technology makes huge sense for large energy users. As part of our strategy for the creation of pathfinding sustainable energy projects we hope the BTM battery here at Plessey will encourage further development of BTM projects increasing the flexibility of the electricity network.”

The latest install follows Kiwi’s 4MW / 4.8MWh battery at Cenin Renewables in south Wales and an install for Crown Packaging in Carlisle, the completion of which has also been confirmed in today’s announcement.

Yoav Zingher, CEO of Kiwi Power said: “This installation is further proof of Kiwi’s ability to develop, build and operate fully-funded BTM batteries. The Plessey BTM battery follows the success of our other battery projects and is highly complementary to the revenue earning services we already provide to large energy users through demand side response.”